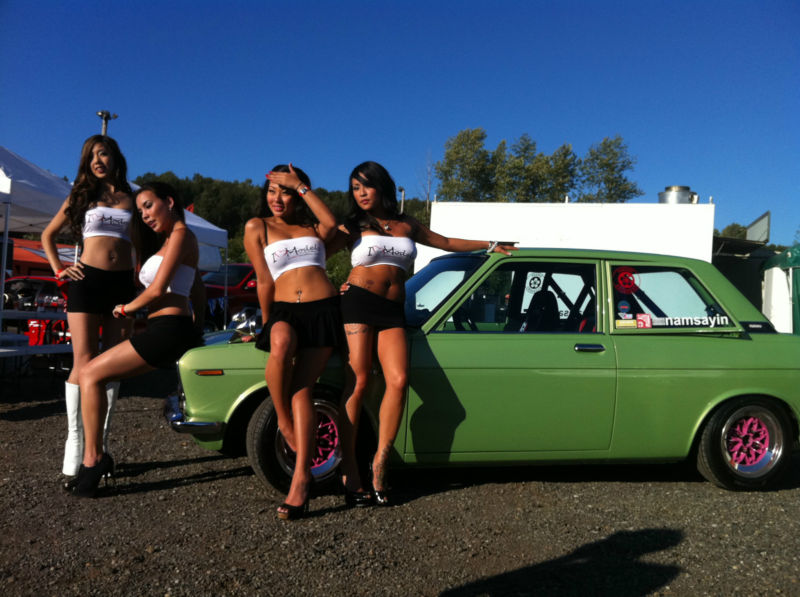 This Datsun is so sweet that these four ladies, who did some serious outfit coordination the morning of this car show, decided to take a break from the heat by sitting on the fender and hood…I just hope those pants are lint free and covered in a thick base of carnauba wax. 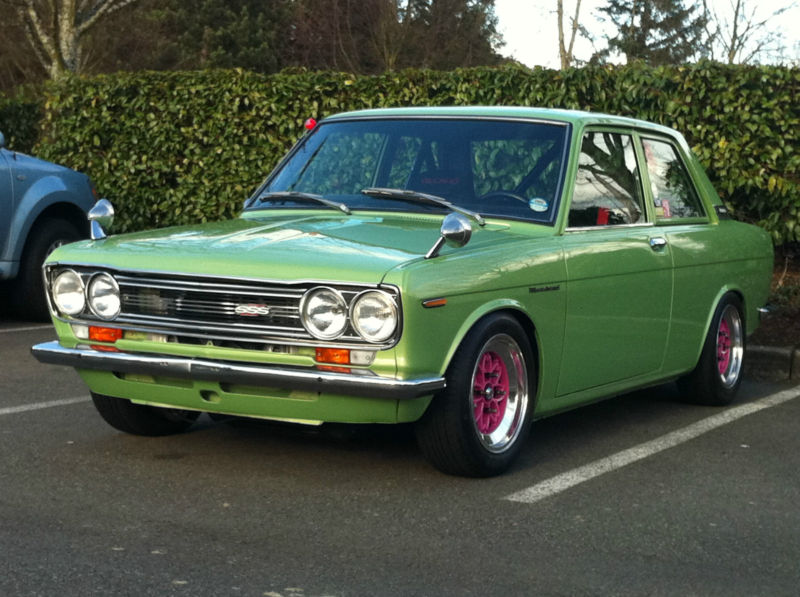 Much better – now we can actually see the glorious Volkswagen green paint and pink wheels that would have the Riddler salivating.   Not sure how useful those JDM spec fender mounted mirrors are for merging lanes; but who is going to miss a green car with pink wheels merging into his lane? 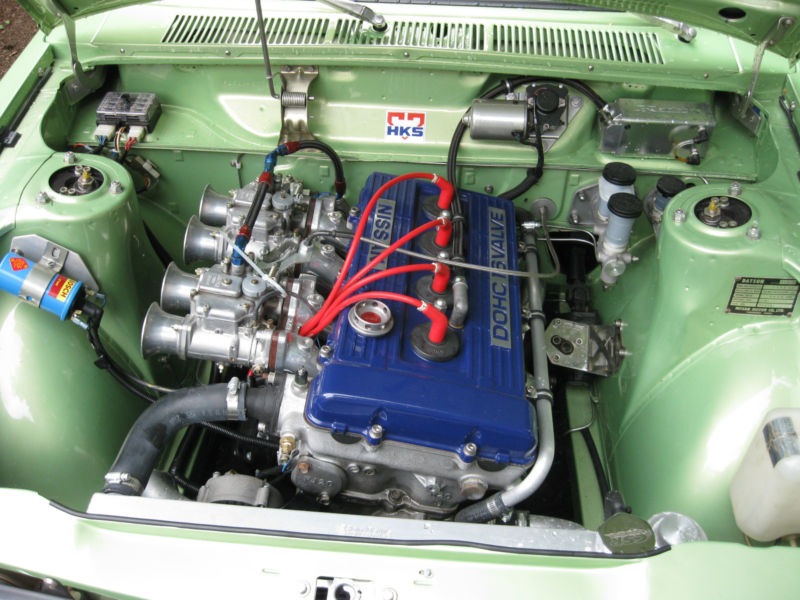 The green beanie is  powered by an iron block, aluminum head 2.1 liter DOHC Nissan FJ20 inline-4 cylinder engine that could have come from an 80s vintage Silvia or Skyline and fed by twin 44mm Mikuni carburetors.  The seller doesn’t specify any power figures, but expect something more than the 150 horsepower stock figures, maybe 200-220ish.. 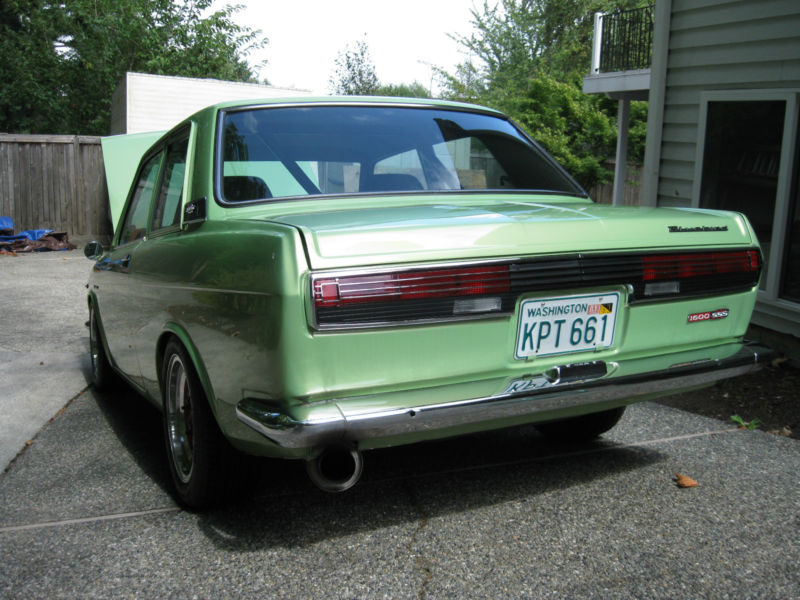 The overall execution of the car looks great in the photos, and this is certainly a case of “the previous owner’s money”…and at $16k it is a deal…$30k…a bit steep.