The e28 generation BMW M5 may not have been the world’s first fast four door, but it was certainly a game changer when it was released in 1988.  BMW’s 5-series ///M sedans have only gotten faster and better over the years, but there is something about the first one that is hard to forget.  Find this 1988 BMW M5 E28 offered for $14,999 in SF Bay Area, CA via craigslist.  Tip from Kaibeezy. 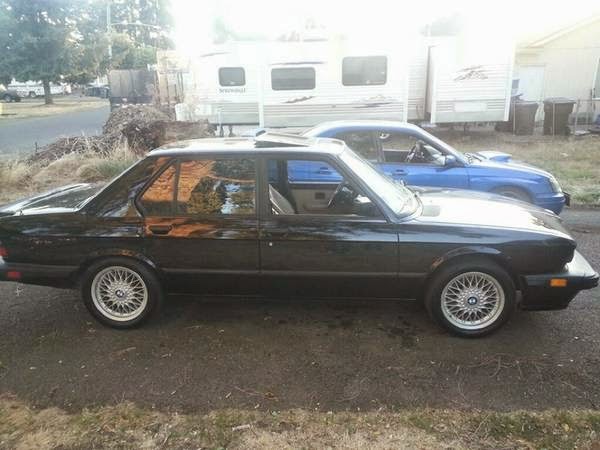 The cosmetic differences between the M5 and standard 535i are limited, just a small rear wing spoiler and an M5 badge distinguish it.  Approximately 2000 E28 M5s were built for the US Market – all of them
Schwarz (black) exterior and Natur (tan) interior with just about every
option available; full leather interior, A/C, power windows, power
doors, etc. 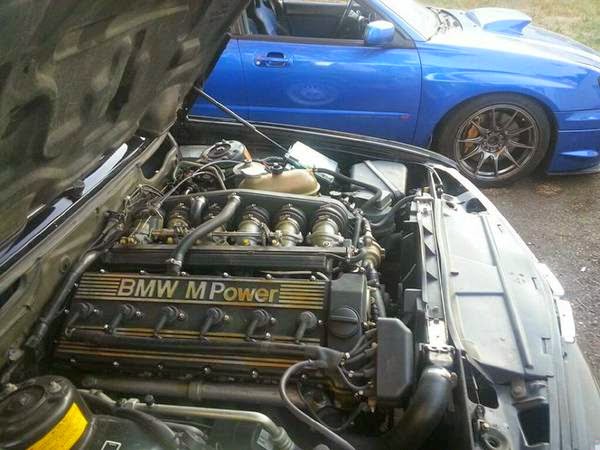 The e28 M5 is powered by with the S38 B35 catalyst equipped 3.5 liter
inline 6 putting out 256 horsepower.  It might not be huge power in today’s world of 300 horsepower minivans, but back in 1988 it was enough to make the M5 the fastest
sedan ever built when it was new.  The S38 was a detuned version of the
BMW M1 supercar engine (mated to the 535’s 5-spd manual trans and
standard limited slip diff), and compared to everything else in showrooms in
1988, it was very blisteringly fast. 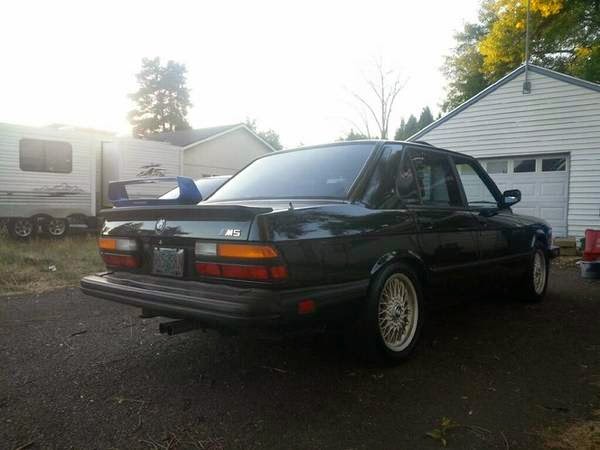 See a better car to drive around when the STi is getting a new wing? tips@dailyturismo.com