Cars get picked up by new owners, painted and re-sold all the time; some are professional middlemen, others are simply folks who enjoy the restoration, but get bored and move onto the next project when done.  As a result, we often see the same car again and these repeat offenders sometimes get a new paint job, but to see a single car with three different paint schemes within one calendar year…that is odd.  Find this 1969 BMW 2002 built on a tube frame chassis and Ford V8 powered, former Jalopnik NPOCP feature in blue, former DT feature in turd/olive and now covered in a classic BMW motorsports livery and bidding for $13,500 on ebay with 2 days to go in Lubbock, TX.  Tip from Scooter who says he saw it on germancarsforsaleblog.com 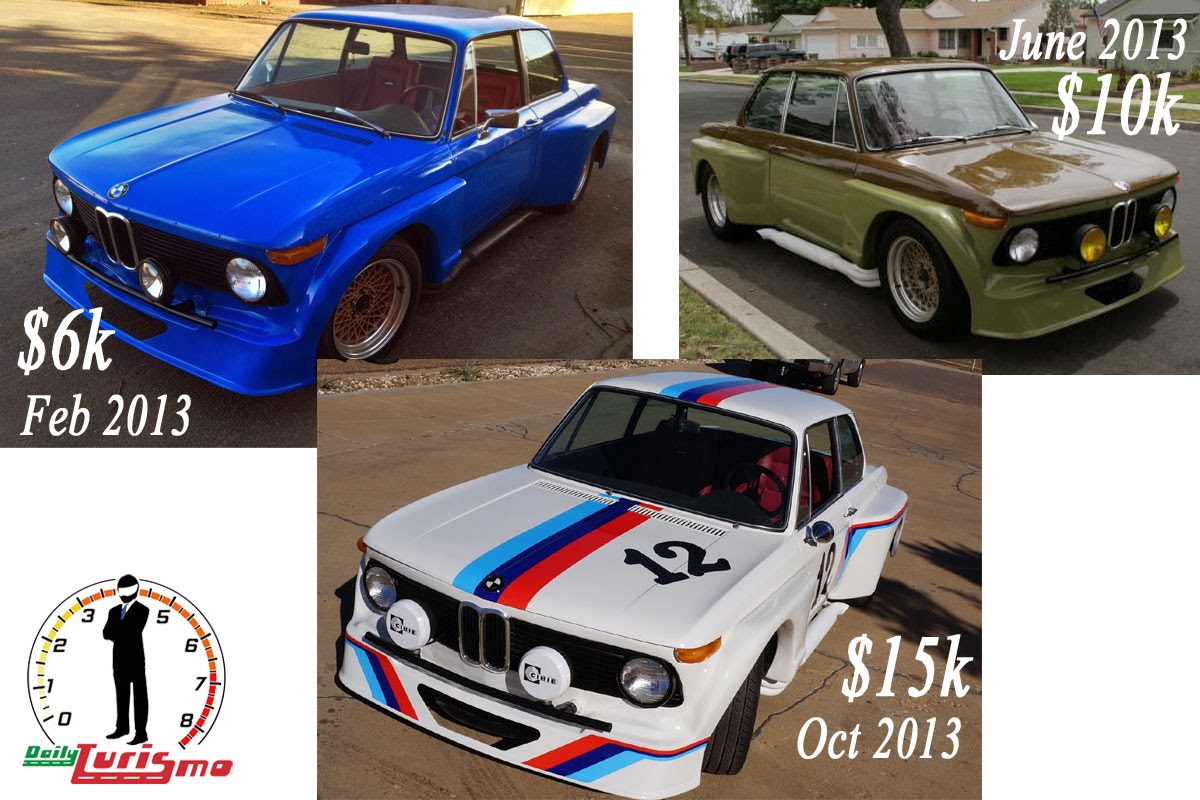 This is indeed an odd rags to riches story for what is essentially a tube frame Cobra-kit car with a BMW 2002 body hung on top.  The multiple paint jobs cover a Ford 5.0 V8 with 5-speed manual gearbox, Ford 9inch rear end, all supported by a bunch of welded together pieces of square tubing. 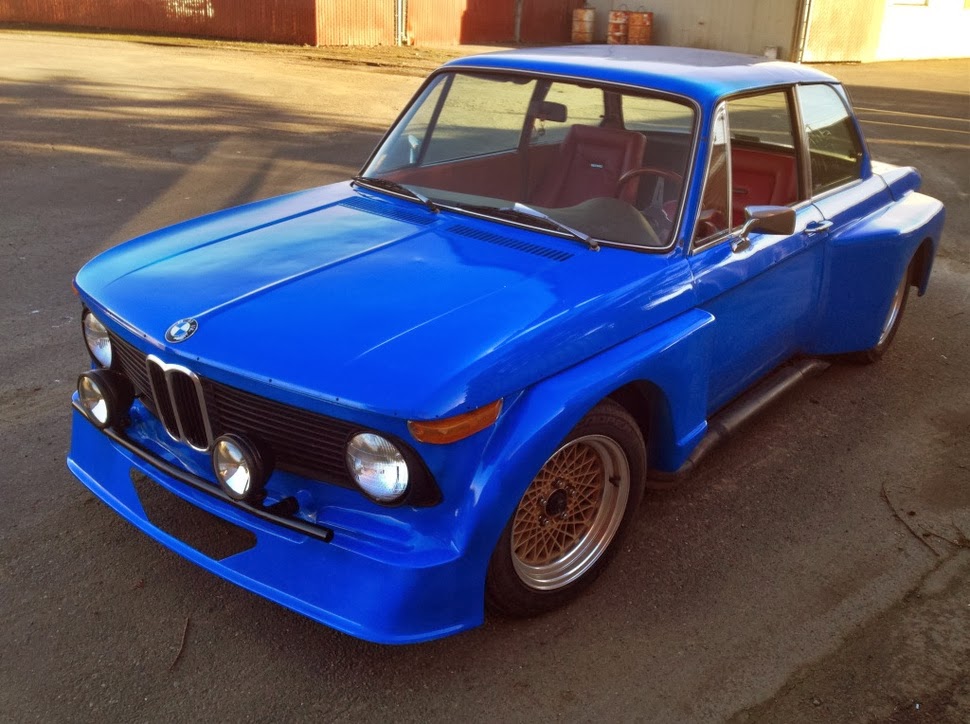 A little history before we get to far into the current configuration, this car was featured in Feb 2013 on Jalopnik’s daily Nice Price or Crack Pipe feature written by Graverobber and in blue paint received a resounding 67% crack pipe defeat.  At least one person saw potential in this blue bomber and picked it up and it looks like he had some extra Army tank paint sitting around. 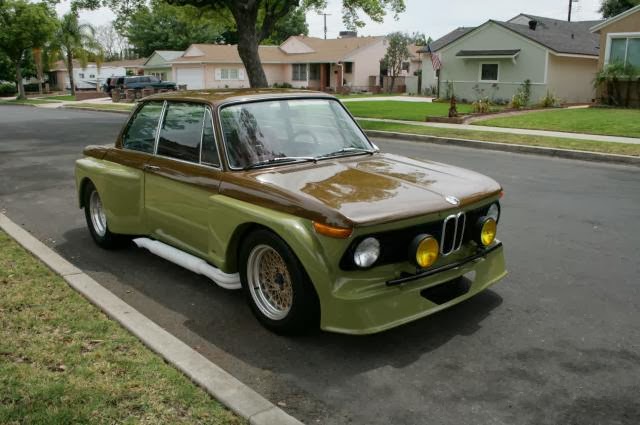 The second time this car appeared was on the very pages of this fine website, and was a seller submission feature from Oprah85 on ebay who wanted something on the order of $10k for the now H&P Brown Sauce on top of Avocado (probably a tasty combo) classic.  The new paint wasn’t universally loved (as seen in the comments on this site and on BringATrailer’s feature of this same car a few days later)..but…once again…someone thought it was worth some cash. 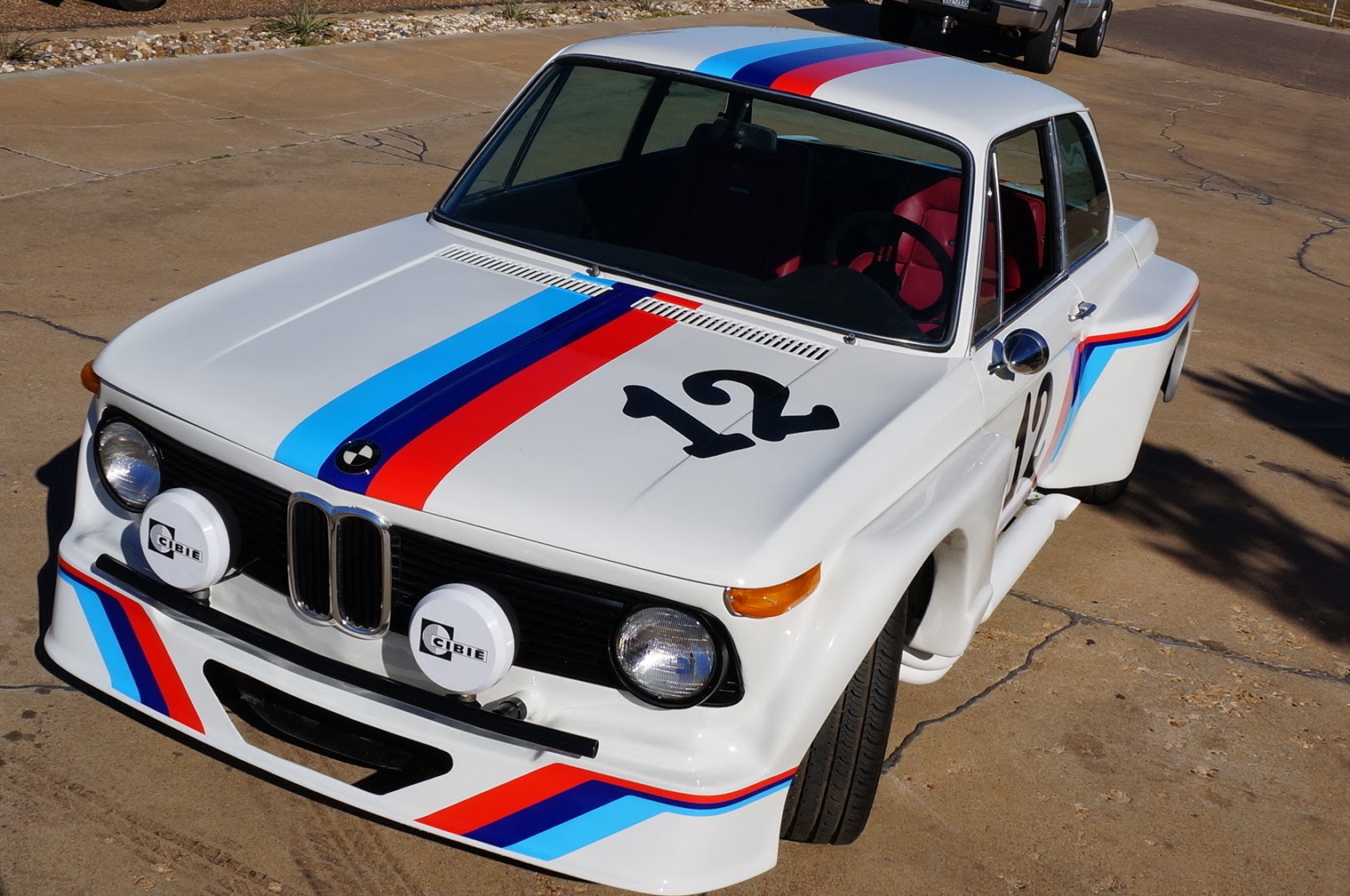 Today, the “2002” (I use that term loosely) is covered in a classic BMW motorsport white base with light blue/blue/red stripes covering the entire body. The current seller is none other than CNBC’s Car Chasers who buy, fix and flip cars for a living in what is essentially a US copy of Wheeler Dealers. The seller (1momentum)
doesn’t admit the Car Chasers link in the ebay listing, but a quick
look through the feedback history reveals references to Jeff and cars
that have been on Car Chasers. 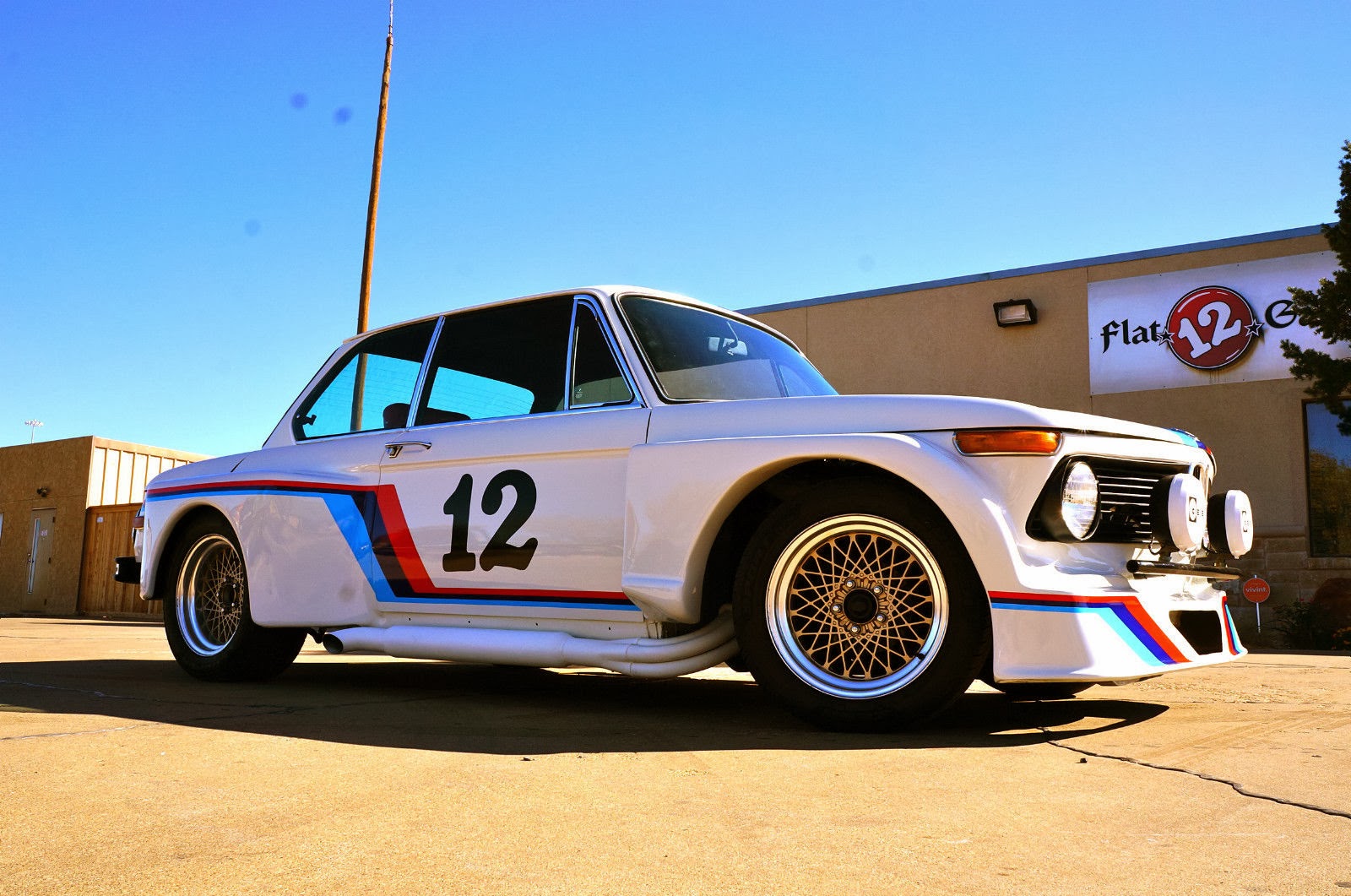 While the smurf paint was lame, the milk chocolate on key lime was polarizing, this white with classic BMW colors is positively fantastic.  Finally, this Mustang based Fauxbra kit car masquerading as a BMW actually looks like a BMW. 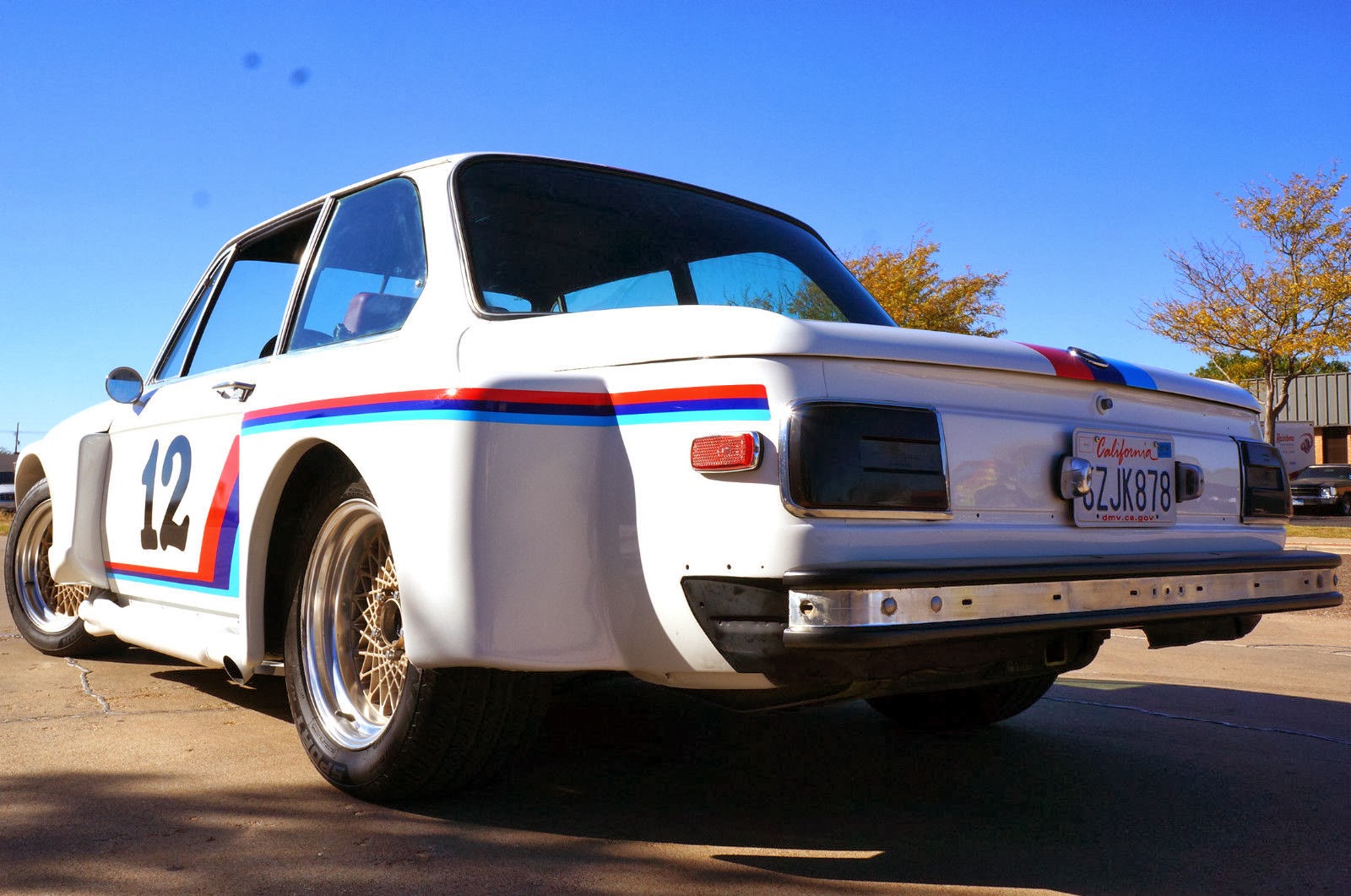 See a car with more coats of paint (could start to weight down those body panels…) for less? email us here: tips@dailyturismo.com