The BMW Neue Klasse (New Class) was sold from 1962-1976 with a number of 4-cylinder engines.  If it had ever been sold new with the Buick/Rover 215 V8, it would have been badged a BMW 3500 and would have been fantastic, something a hot-rodder in SoCal decided to prove.  This 1967 BMW 1600 project car is equipped with an all-alloy Buick V8 and is for sale in Mission Viejo, CA for $15,000 via craigslist. 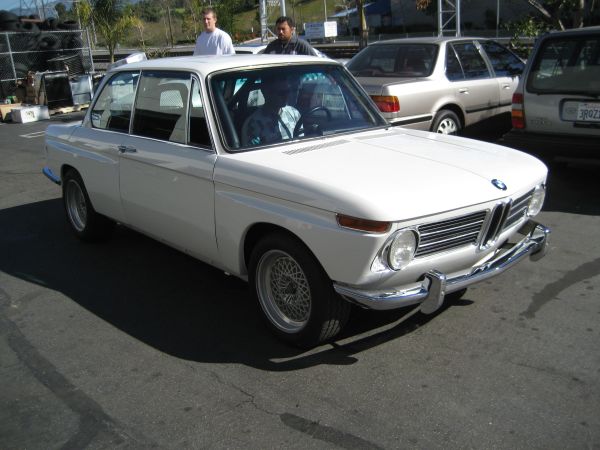 Externally this BMW 1600 is sporting some E30-ish fender flares, but otherwise is offered in a very stealthy white paint scheme with some nice BBS mesh wheels.  The flares are discreet enough to almost go unnoticed, but they can’t hide the silhouette of a roll cage that makes this car much less of a sleeper. 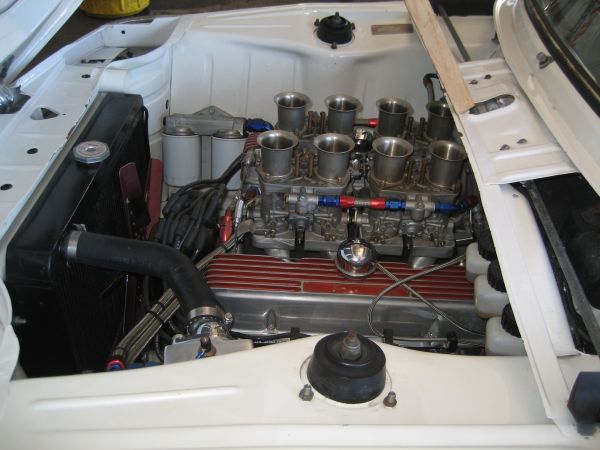 The Buick (aka Rover) V8 looks really wicked under the hood with the vintage velocity stacks on top of quad weber carbs.  This is what we like a swapped engine bay to look like – extremely clean and period correct with just a hint of flair. 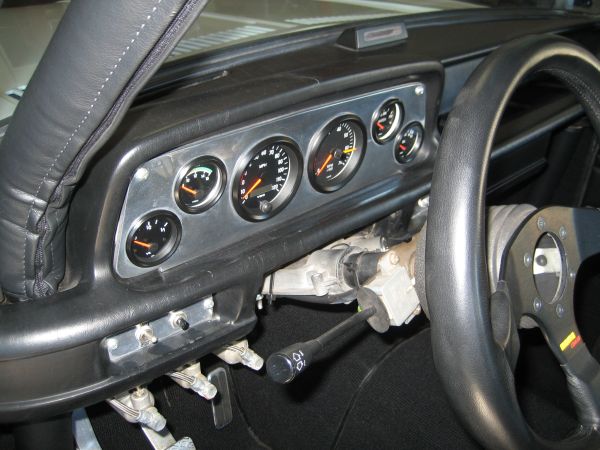 Unfortunately we only get one interior picture of the inside of this classic, but it shows a custom gauge setup, a roll cage and an unfinished steering column.  The seller does mention that the car needs some work, but it has been re-upholstered and features Recaro seats.  We wish the builder hadn’t put a cage in this car, as they really don’t belong in street cars – and this won’t meet the rules for any race series, so it’s strictly a ‘bling’ piece that actually makes the car less safe (albeit structurally stiffer). 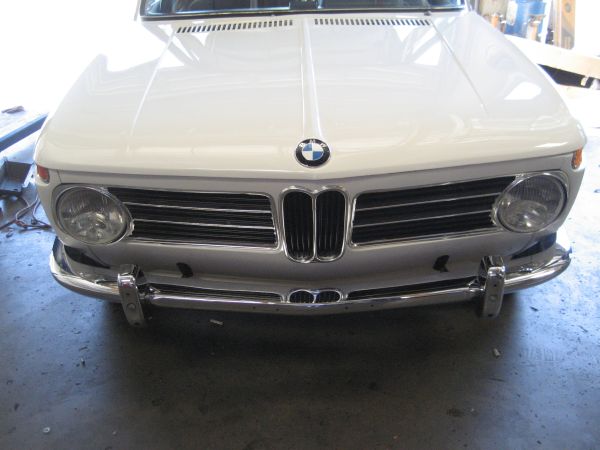 We are not sure if the project status of this car is enough to justify the price tag, as you can get a nice condition 1600 for half the asking price and Buick 215 V8s aren’t that expensive…but the labor and time to build a custom like this is a daunting prospect.  This would be one to inspect in person before making any rash decisions, but it could be a sweet car when finished.