The 1980s vintage Mercedes-Benz sedans (W123, W124, W126) elicit a love/hate response from car guys of various proclivities.  Some folks love the sumptuous ride and fire-n-forget durability, but others react badly to the glacial acceleration and star-ship maneuverability.  Personally, I’ve driven many of these cars over the years and am conflicted because they were horrible and awesome all at the same time.  Today’s feature example is a really nicely preserved example with low miles (for a diesel Benz)…but would you really enjoy driving it after the cash has exchanged hands?  Find this 1979 Mercedes-Benz 300CD offered for $8,000 in Denver, CO via craigslist.  Tip from Kaibeezy. 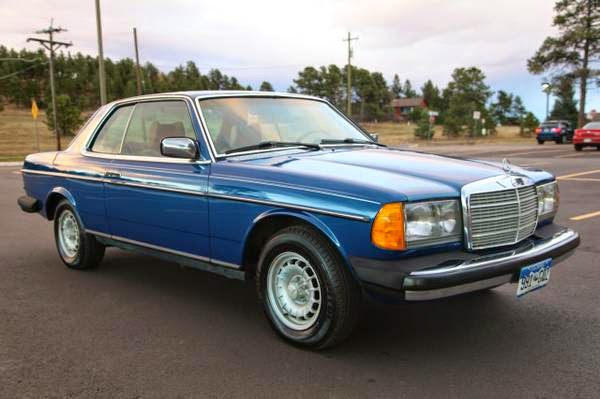 The W123 coupé is considerably more rare than the sedan version, with only 100k of the coupes being built versus 2.4 million of the W123 sedans.  This particular example has a set of euro style headlamps (the US spec W123 used seal beam headlamps) but otherwise looks stock.  The seller admits that this is a recently respray and says it carries a 5 year warranty from a national chain — probably means the car was painted by One Day Paint & Body, which isn’t that bad, but be sure to inspect all potential over-spray areas for poor paint prep.  It is also a good idea to wait at least 1 year for the paint to fully cure because issues with prep can appear during the initial curing period and a perfect paint job can look like crap in no time flat. 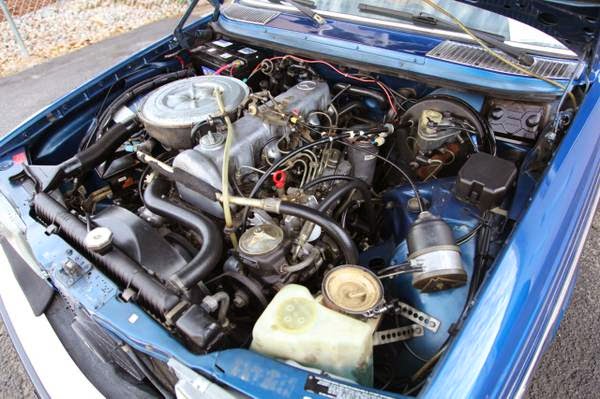 Under the hood of this 300CD is a 3.0 liter OM617 inline-5 cylinder naturally aspirated diesel engine, good for 79 horsepower and 125 ft-lbs of torque.  From my own experience with OM617 powered Mercs, I can say that measured acceleration is poor with the automatic transmission, but gears are very short and the road manners aren’t as bad as you might expect.  It drives more like a UPS truck than a city bus. 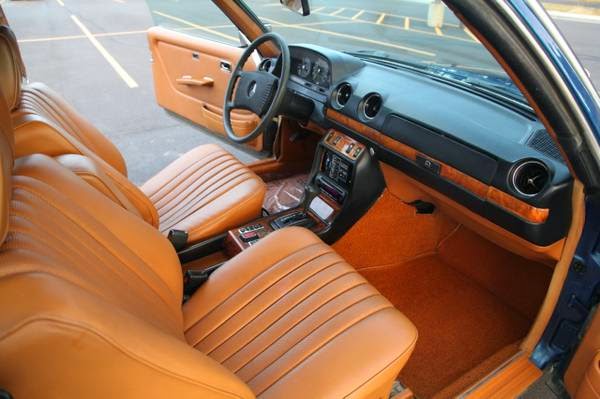 The interior of this car looks really nice, but some of the details from the seller seem to indicate this is a short term flip, so be sure to check all the details.  The miles are low, but the odometer gears on these gauges are known to fail regularly, so check for any mileage discrepancies. 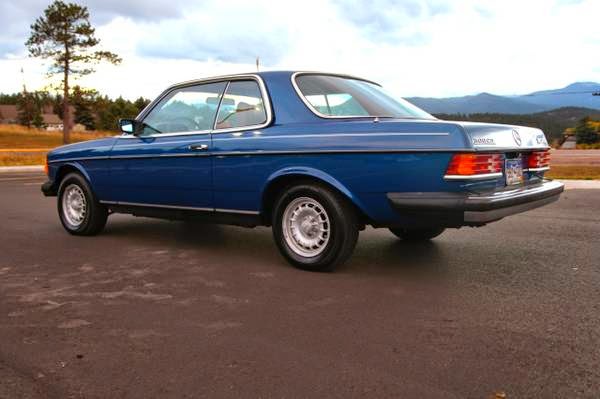