If Hollywood made a movie about the Integra, it would star Amanda Bynes and feature a dressing room montage to a 1980s song remade by an all-girl pop punk band. It would look adorable in everything (H22 swaps, K20 swaps), until it tried flannel parachute pants. Amanda’s British cricket-playing boyfriend would wrinkle his nose, she would let out a giggle, and they would move on to the next outfit. The J32A2 V6 from an Acura TL-S crowning the hood of this Integra is pure flannel parachute pants. Find this 1997 Acura Integra V6

offered for $7,900 or-best-offer in Reynoldsburg, OH via eBay.  Words and tip from DT commenter & contributor  slowcarSLOW-MPGlol 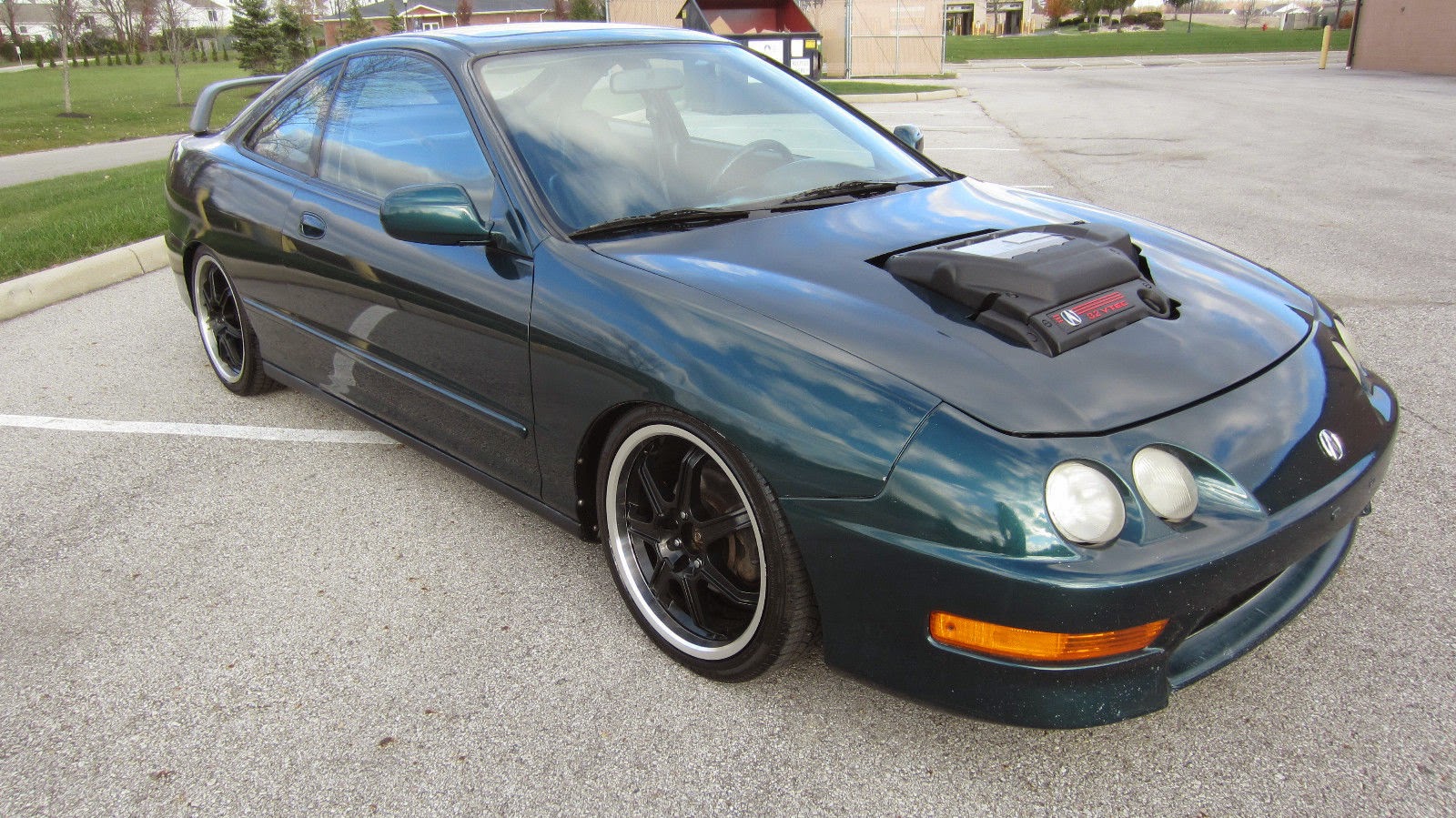 This Teggy is about 85% complete. The 3.2L SOHC engine and Accord 6-speed manual transmission are forced to work together in a less-than-honest relationship, like a phone call between Obama and Putin. Ergo, no VTEC. Extra weight up front spoils the fun of the excellent double wishbone suspension, resulting in bounciness, and 12,000K HID lights are just stupid. On the plus side, the swap might deter thieves who don’t want to deal with whatever is protruding from the hood. 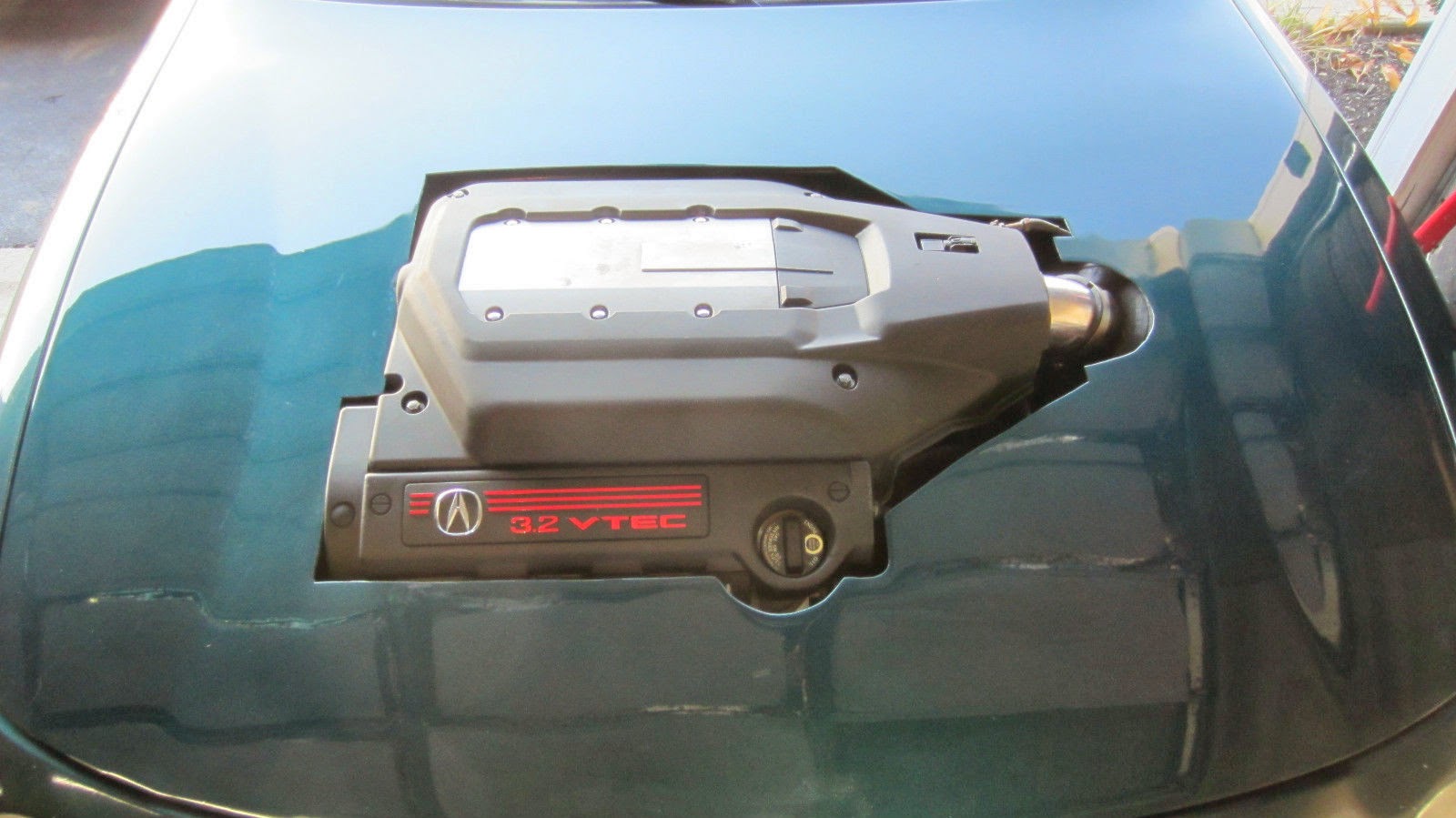 Let’s talk about the “260hp and 232lb-ft of torque are unmatched in the world of 4-cylinder vehicles” claim. Good K24 swaps can make 340 horsepower, and turbo’d H22 yields 557 horsepower and beyond (just don’t let your daughter near it if you don’t want flowers in your engine bay). Besides, dear seller, unlocking all 260 horsepower in the J32 requires VTEC… 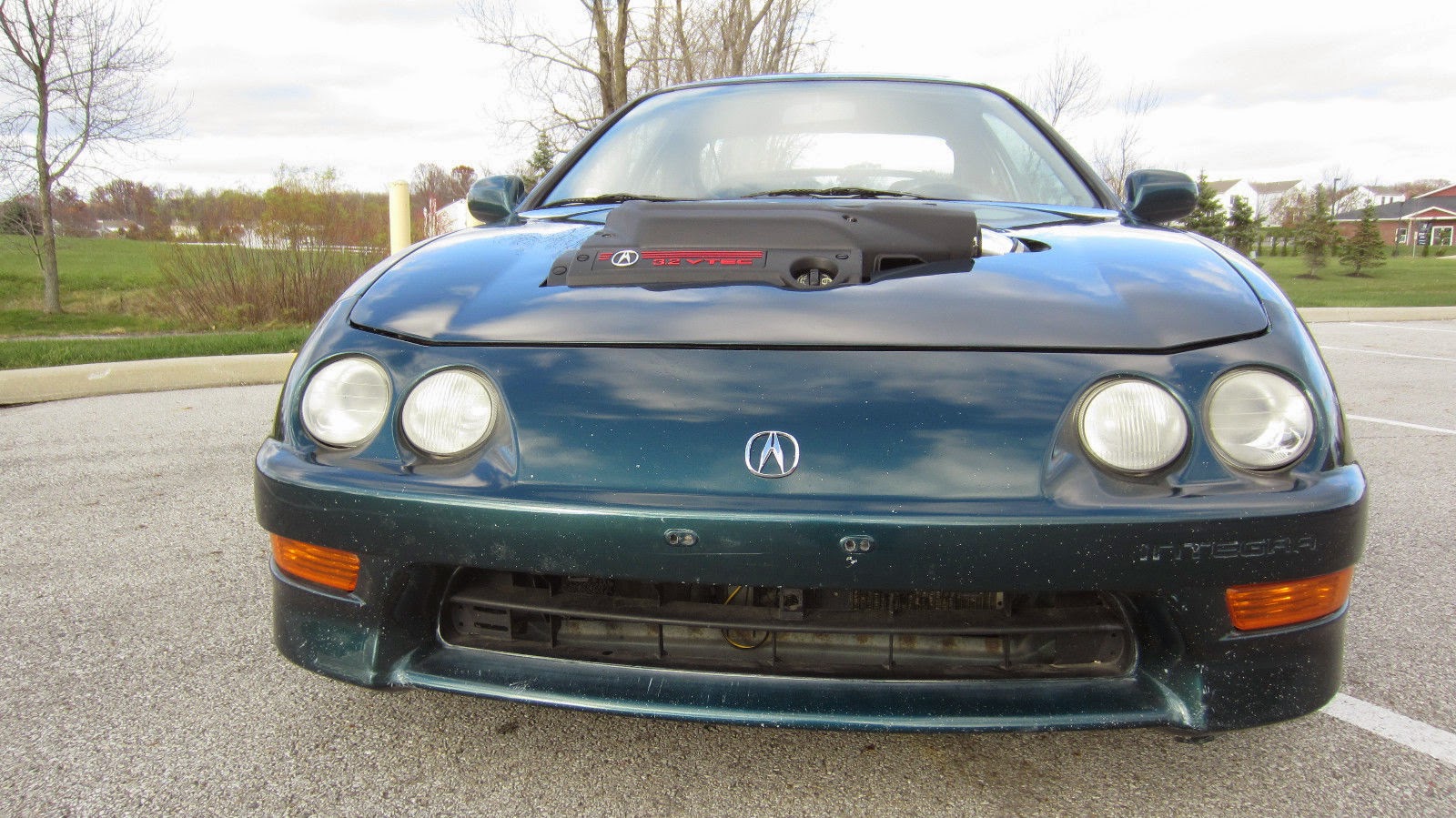 You could drive this thing every day and enjoy adding oil without ever popping the hood again. Or, put the J32’s big displacement to work with a fat turbo. If you do it right, you’ll use a custom tune and fix the VTEC. If you want lightness to offset the V6, an infinite aftermaket of carbon fiber components is at your fingertips. Then sell the extra TL engine to recoup costs. 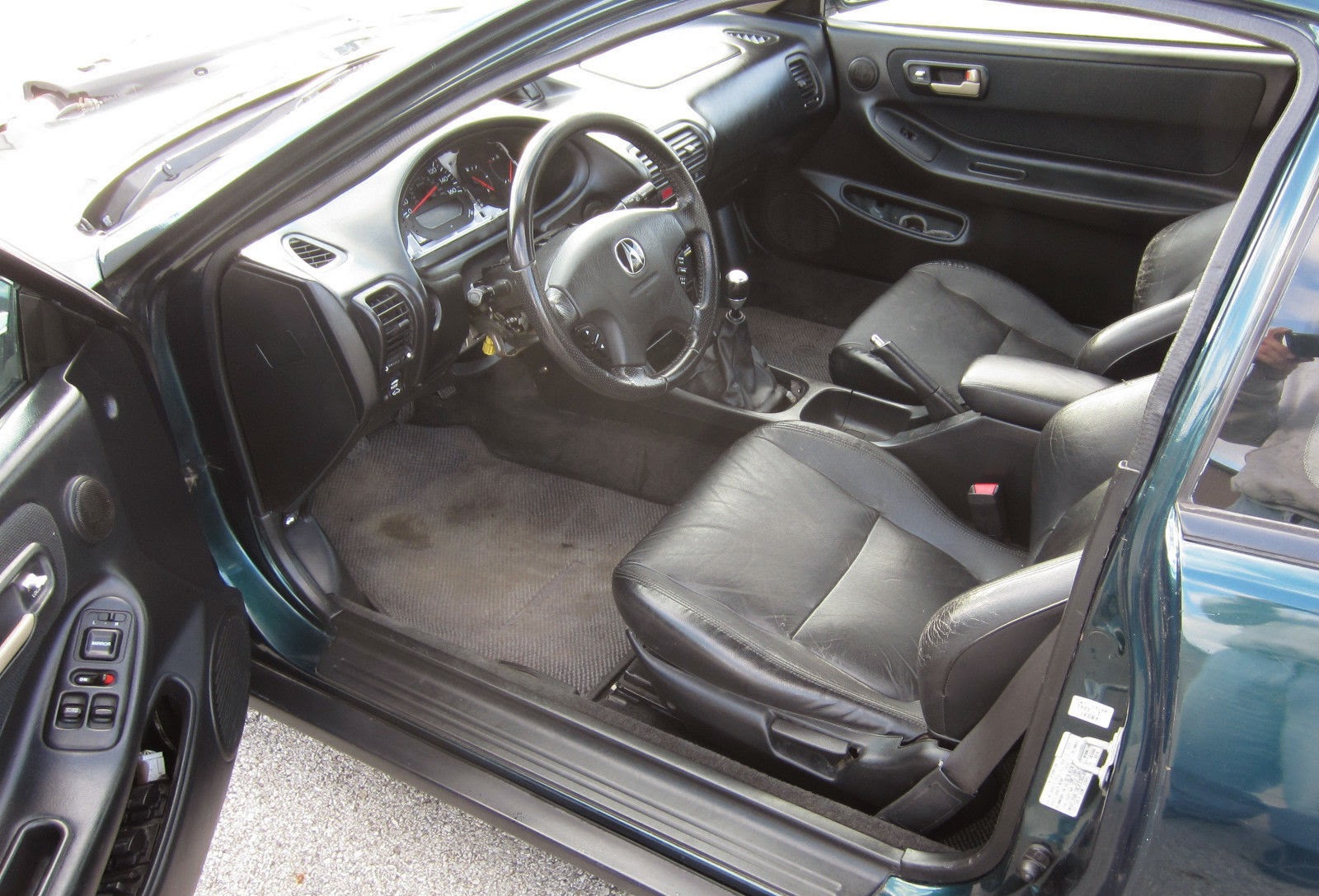 The seller’s walkaround video is a bit of a snooze, but there are a few others from youtube user Lauren Hadley that reveal more of the car’s history and its banshee-like sound. It’s good enough to make you forget the car’s salvage title. http://www.youtube.com/watch?v=YiPVpVIOS7o 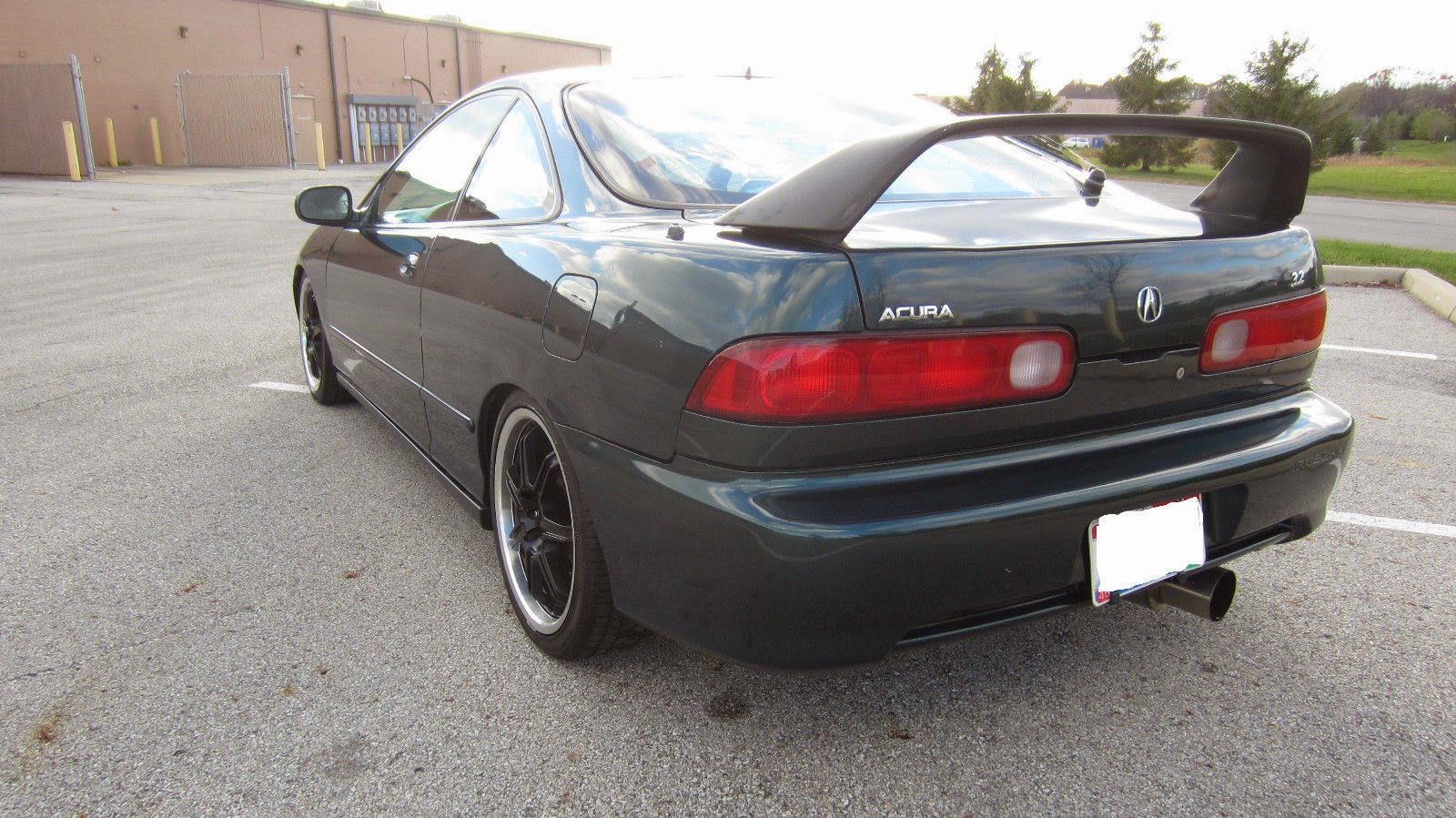