The Volkswagen Type 3 was a successor to the popular Type 1 (Beetle), but maintained the Beetle’s basic architecture; rear engine, air cooled flat-4 and affordable price tag.  It was a significant update in styling terms and sold new as a notchback, squareback and fastback.  It wasn’t ever sold as a pickup truck, so El Caminoization is, logically, a DIY process.  Find this 1966 Volkswagen Type 3 Squaranchero for sale in Del Mar, CA for $11,500 via craigslist. 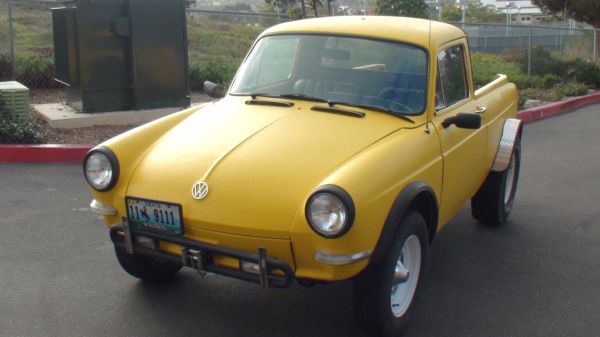 This Squareback had its hunch surgically removed by a hacksaw/plasma torch wielding craftsman who had time, vision and diamond-plate at his disposal.  This car wears a set of Wyoming license plates, but is located in Southern California, so be sure to give it a good check on the underside for hidden rust.  We’ve seen Wyoming cars with new paint jobs and clean underside that had the alarming trend of bleeding rust from the jambs when washed and sprinkling iron oxide from the door drains after a drive on a rough road.  It was like the entire car was a big cinnamon and sugar shaker. 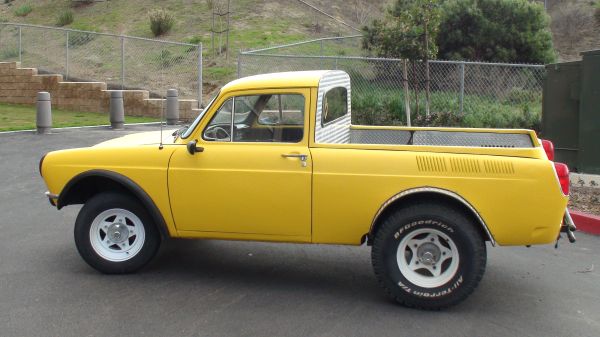 According to the seller this car is “Another Neck Problem for Pedestrians!”  That is saying it mildly – this thing will attract a crowd where ever it goes.  More so than the Lada… 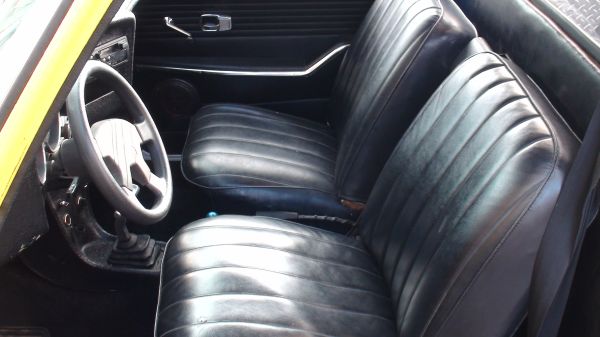 The Type 3 is powered by a 1.6 liter aircooled flat four that would have put out something around 50 horsepower when new.  This engine has been rebuilt and has a few hopped up parts and is probably good for around 75 horsepower (give or take). 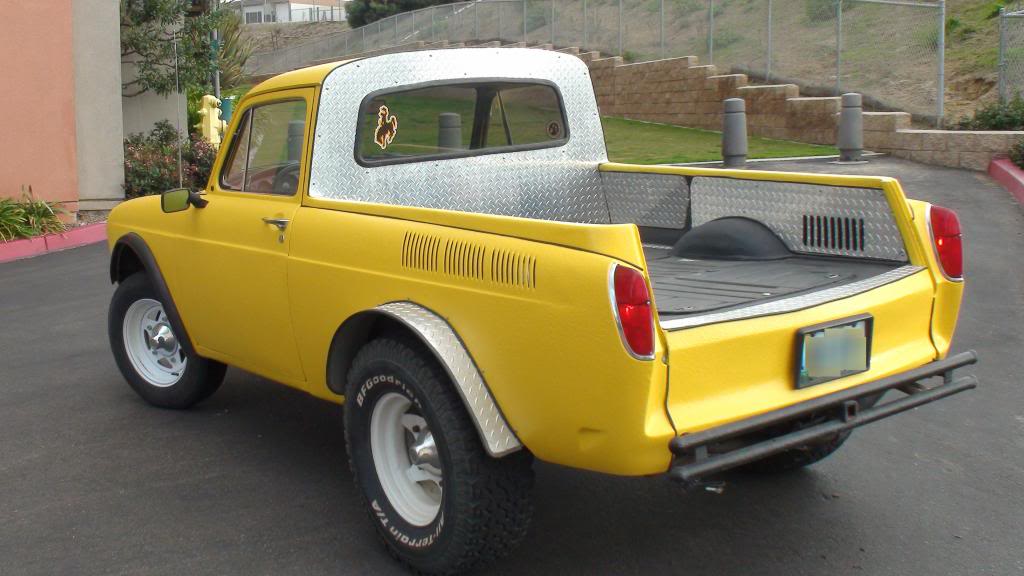 The Squaranchero is fitted with a trailer hitch receiver and a winch, but we aren’t sure how much towing/pulling you’d want to do with 75 hp, maybe a small toy hauler with a few dirt bikes or a tire trailer with racing slicks.