The 2nd generation Acura TL was introduced in 2004 and for the first time Acura offered a six-speed manual gearbox on its premium large sedan.  The hot rod Type S wasn’t available when the TL first launched but all buyers got the hotter J32A engine (from the first gen TL).  Buyers could also get the A-Spec package, which added a body kit, sport suspension and a few other factory warranty backed tuner style gimmicks.  Find this 2004 Acura TL A-Spec for sale in Kenton, OH for $11,800 via craigslist. 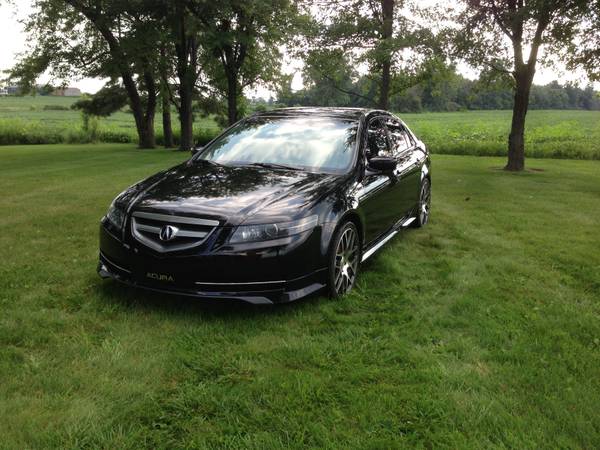 The A-Spec version added a ground effects appearance package, a unique steering wheel, A-Spec badges and upsized 18″ wheels to the already well equipped TL.  This particular car also has the Acura factory NAV and most importantly the 6-speed manual.  Adding the manual didn’t just give you a clutch pedal, but also came with a set of Brembo brakes, torsen-style LSD and bigger front/rear anti-roll bars. 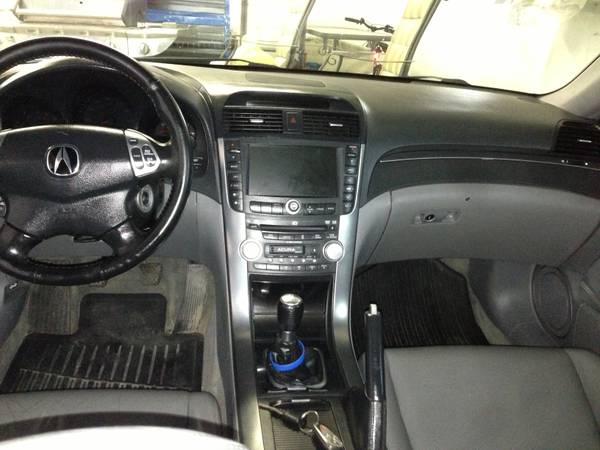 It is difficult to tell from the photos in this ad, but most TLs have aged considerably better than a comparable BMW 5-series or Merc E-class, something to do with Acura’s choice of materials for the seats, dash and touch points.  Driving the front-drive TL isn’t that bad of an experience from a dynamic perspective and its 3.5 liter DOHC V6 is a well designed alloy mill putting out 270 horsepower.  Honda has always been good at designing shifters and steering wheels that provide the correct amount of feedback, effort and tactile feel for a daily driver, and the TL is no exception to that rule. 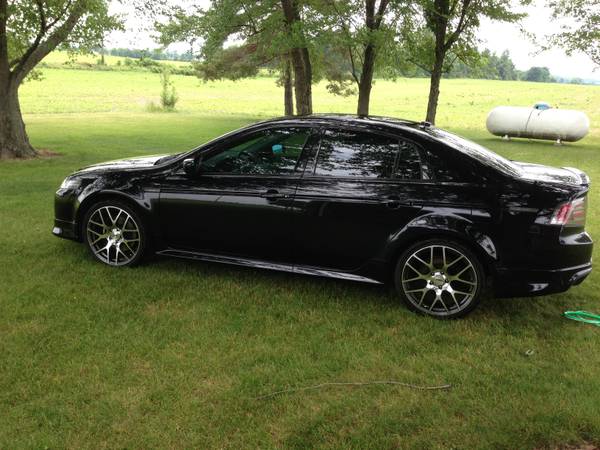 The only issue with this TL is the additional upsize of the wheels to some 19″ monsters – hopefully they haven’t completely destroyed the ride quality, but converting back to stock would probably be as easy as posting this on a TL forum and trading them for stock A-Spec 18s.  Overall, if you want a commuter with a 6-speed and don’t mind front-wheel-drive, the TL is a great deal on the market when compared to something like the Audi A6/S6 especially when future cost of ownership is considered.  The Audi will eat you alive in coil packs, intake valve flapper-doohickies and electrical gremlin pest control, while the Acura should just put on miles like a trooper.  See a better daily driver? email us here: tips@dailyturismo.com