From 1978-1982 Karosserie Baur modified roughly 4500 versions of BMW’s E21 3-series into a semi-topless fauxvertible.  Some describe the transformation as making the E21 resemble the villain Bane from the latest Batman movie, while others are more critical of the aesthetics.  Find this 1982 BMW 320is Baur Targa for sale in Sacramento, CA for $11,000 via craigslist.  Tip from Kaibeezy. 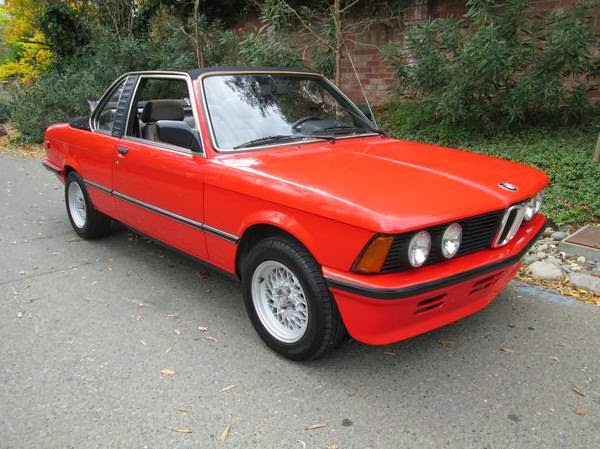 This E21 is a European import so it isn’t equipped with the hideous US-spec cow catchers and as a result looks both better and more modern.   It is also a well preserved example of the E21 generation BMW, targa top or not.  The 320/6 featured BMW’s newly released European spec M20 inline-6, good for about 125 horsepower and mated to a 5 speed manual gearbox. 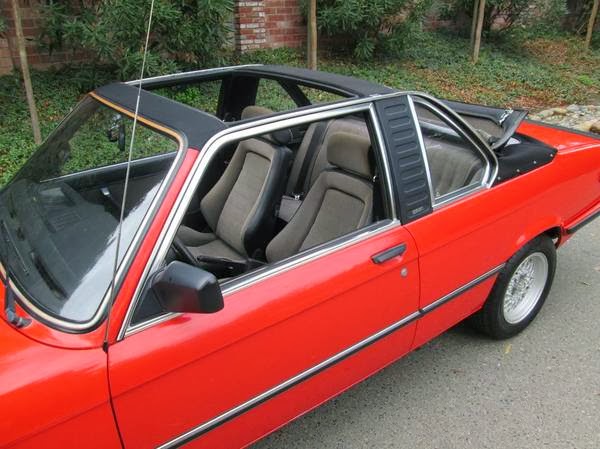 Interestingly enough, most Baur Targa adds include only a few pictures of the targa top superstructure (probably because it looks strange from any angle) but this seller was nice enough to include a great closeup showing what the top looks like when down. 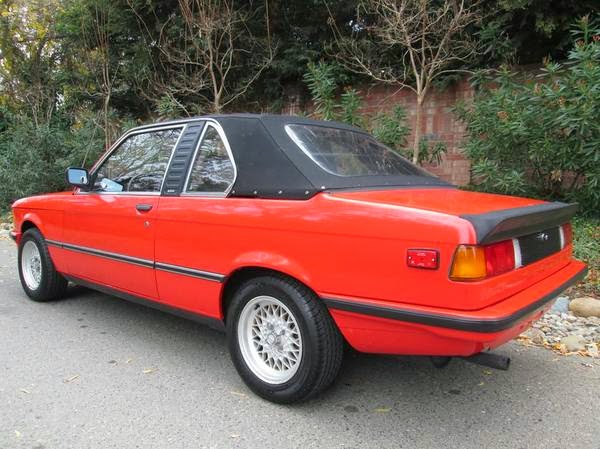 See a better E21 for cheap? email us here: tips@dailyturismo.com