The E34 (1989-1995) M5 continues to be a great source of low-cost motoring for the gear head who isn’t scared of warping a few thousand dollar head.  Prices of the E28 (1988) M5 have been up in the past few years as the neglected ones are being restored and the original ones are scarce, but the E34 eschews the Greyhound bus ergonomics of the previous generation and feel/looks/drives like a modern car.  Find this 1991 BMW M5 E34 for sale in Orange County, CA for $8,900 via craigslist.  Tip from Brian P. 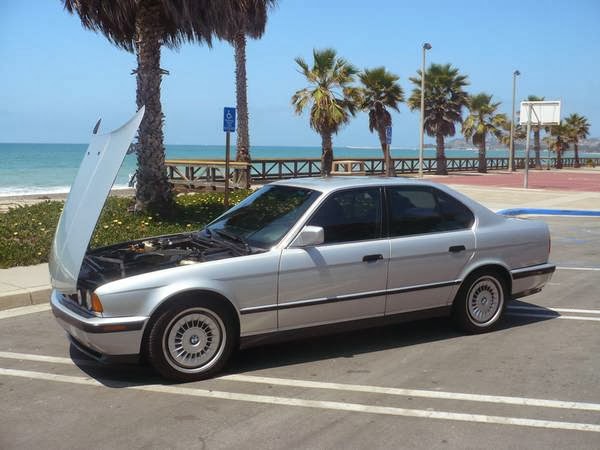 If you hadn’t seen the farewell to the Volvo 242 Daily Turismo Project Car, you should take a look at the last picture and you’ll understand a little more why DT may be smitten with this M5.  The E34 body style was the final 5-series with an remnants of the shark-nose styling that defined BMW’s big sedans and coupes for decades, but it doesn’t have the USA-only bumper protuberances of other models. 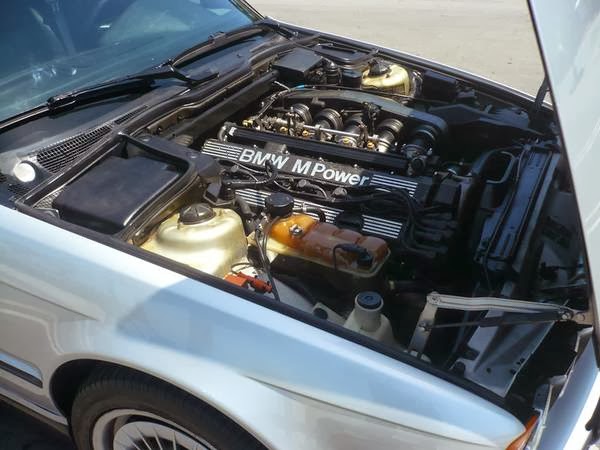 Under the forward hinged hood is the S38, a 3.6 liter inline-6 hand built by master mechanics named Fritz and tuned to within an inch of its life.  In 1991 the catalyst equipped US version puts out 315 horsepower and 270 ft-lbs of torque, fantastic numbers when you consider that the Corvette only put out 250 horsepower from its 5.7 liter V8 in the same year. 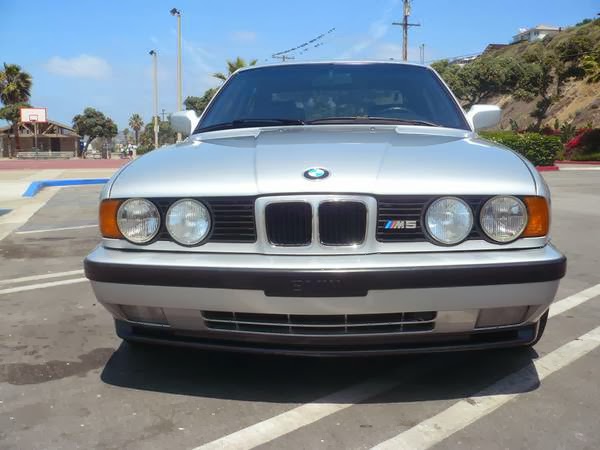 Little known factoid; the width of the kidney grills is an indication of engine size in the E34 generation, the M5 being powered by an inline-6 is fitted with the narrow kidneys while the (less expensive) 540i used the wide grills.  Somehow, I think BMW would not make the same choice today given the fact that a 3.0 liter engine is used in models with the names 335, 740…etc. 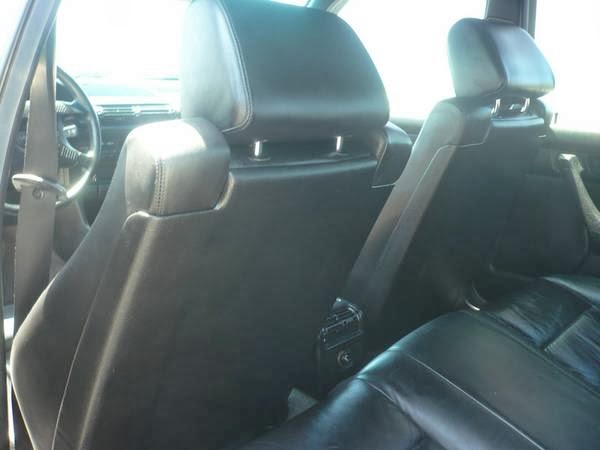 The inside of an E34 isn’t a bad place at all for a daily commute, bumper-to-bumper freeway traffic or even a track day.  BMW was able to find a good compromise between daily usability and hoonability without the modern technology like driver-adjustable shocks.  Unfortunately the M5 was equipped with a troublesome self-leveling rear suspension, but it is nothing that can’t be solved with a aftermarket kit that fixes the suspension height. 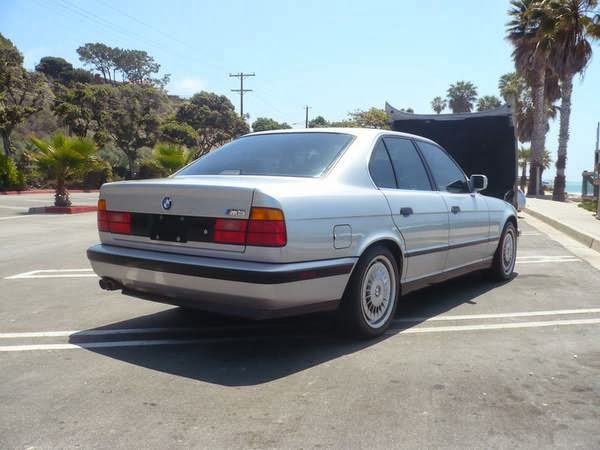 The wheels on this example at first glance may look lame to the casual observer, but the M-System was unique to the M5 and employed directional bolt-on turbine wheel covers to help cool the brake assembly.  The system was replaced in 1992 by the Throwing Star M-System II – but the earlier turbine wheels are the choice pick for M5 nerds.