The Ford Focus was a big success when it replaced the aging Escort and was lauded as the arrival of European handing/flair to the American econo-hatch.  This was marketing nonsense and hyperbole dreamed up by press pundits, as the basic Focus was a plasticy piece of crap, but with the arrival of the SVT model, some of that much anticipated fun was finally delivered.  Find this 2004 Ford Focus SVT for sale in Milpitas, CA for $8,200 via craigslist.  Tip from…you guessed it…Kaibeezy. The SVT Focus was built from 2002-2004 with small improvements added each year, probably making this 2004 the most desirable.  The standard 2.0 liter Zetec inline-4 cylinder engine was pimped by the folks at Cosworth engineering, compression bumped up, high flow DOHC aluminum cylinder head, and tubular 4-2-1 exhaust headers work together to make 170 horsepower (up 40hp from the base model).  Finally, a six speed manual gearbox (sourced from Getrag and shared with BWM’s Mini Cooper S) was added to bring the full performance vision into focus. 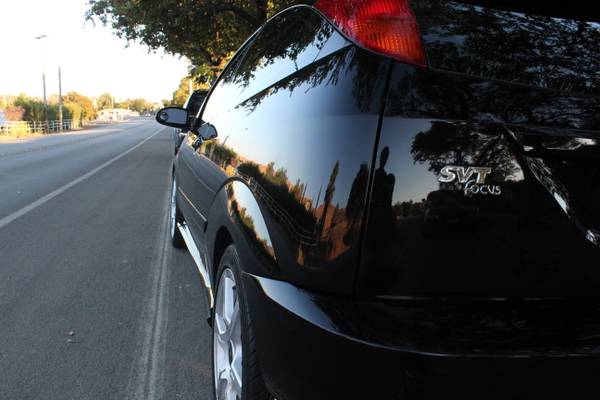