The MG Midget Mk1 was a rebadged version of the Austin Healey Sprite and shared mechanical parts, sheet metal and almost everything except badges.  Both were powered by sub 1-liter BMC A-series engines and could barely keep up with a modern ride-on lawnmower, but they had a certain quirky charm and dedicated following.  The Midget/Sprite were mostly were known for being about the cheapest way to get in a British roadster.  Consider today’s feature ride as the cheapest easiest way to get into a British 4X4 roadster.  Find this 1961 MG “Monster” Midget for sale near Detroit in Ann Arbor, MI for $9,600 via craigslist.  Tip from montegoman562 on oppositelock/jalopnik/kinja. 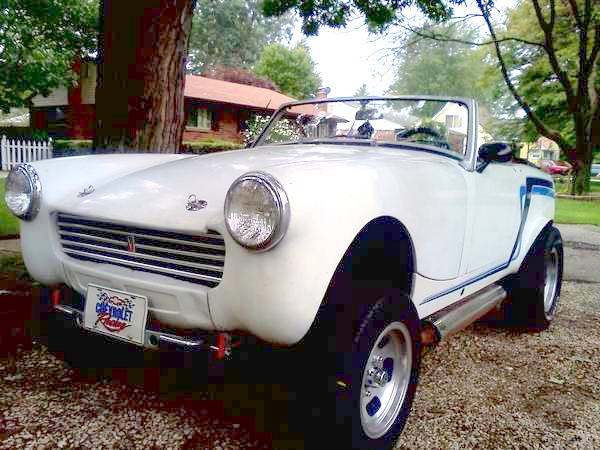 The MG Midget is, as its name would indicate, a minature little car, with an overall length of 137 inches and an 80 inch wheel base that makes a current Mazda MX-5 (at 157 inches and 92 inches respectively) look huge.  However, this MG Midget looks to retain little of the Midget other than an external body as it is now powered by a 355 cubic inch small block Chevy V8 connected to a TH400 slushbox and putting power to the back wheels via a Ford 9 inch rear end.  The seller advertises the engine at a conservative 325 horsepower and it should be enough to propel the once lightweight Midget chassis to insane speeds. 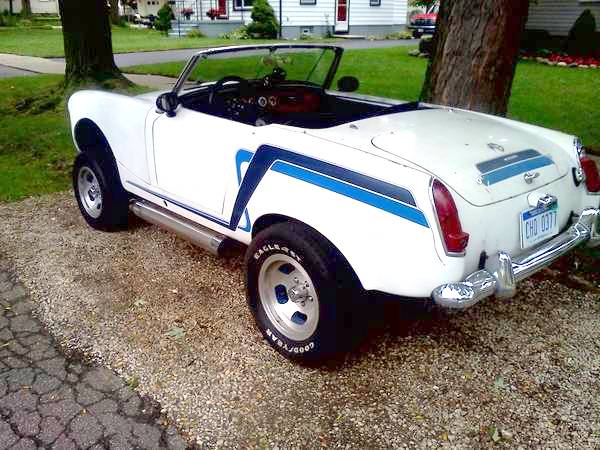 Yo dawg, send us more roadsters that are mad STANCED.  tips@dailyturismo.com