If you asked someone what he thinks of the average Californian, he will probably conjure up images of Los Angeles, San Francisco or even San Diego — big sprawling metropolises filled with run of the mill city folk who spend a lot of time in traffic.  Suburbia is one part of California, but there is another side to the Golden State’s coin — flip it over to see Lancaster, Santee, Nevada County, Alta–  a totally different and unique part of the state–a Calabama filled with pickups, gun-racks and Walmart just a few hours drive from the Palm tree lined streets of Hollywood.  In those small towns you will find some of the most awesome people and machines….like this 1959 GMC Pickup something-or-other 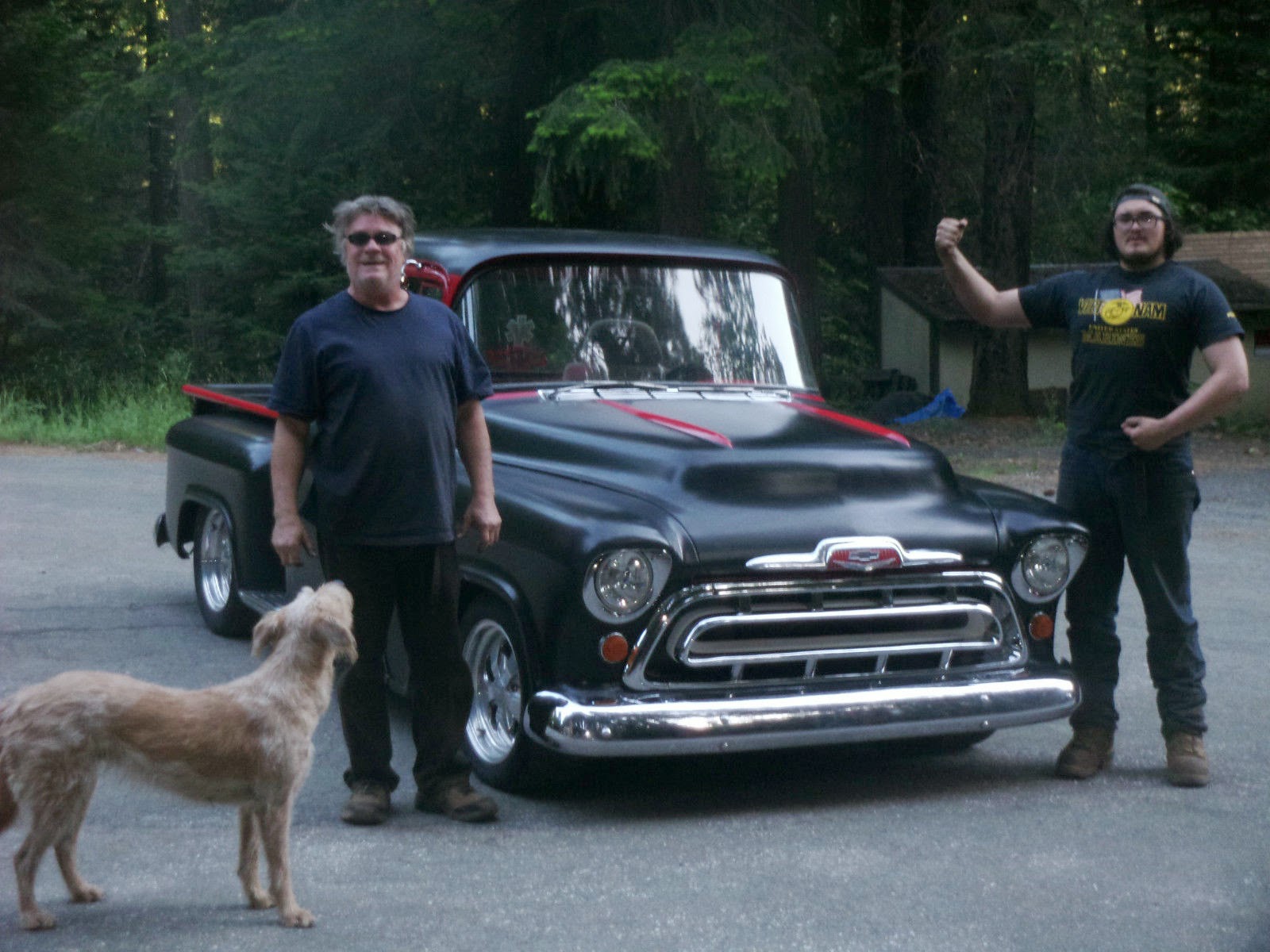 You would need to be some kind of freedom hating communist if you don’t love the above photo.  Everything about it screams ‘Murica — from the tagless mutt to the dude with the Vietnam shirt flexing his muscles.  You won’t find these guys wearing flip-flops or a roller skates because you never know when you’ll need to crush a rattler with your size 13 boot when picking up some dinner for maw. 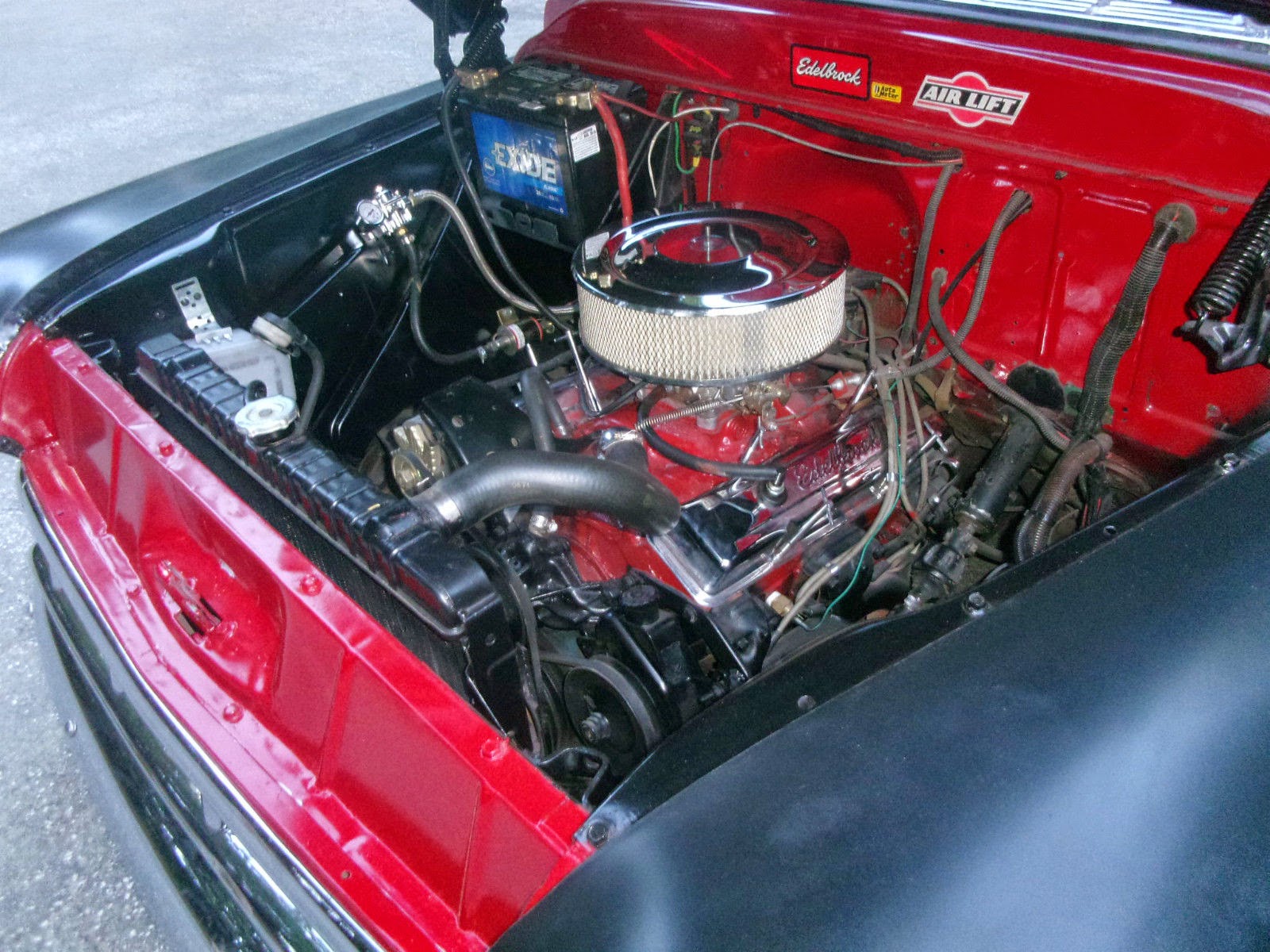 The builder has obviously put a good deal of work into transforming this 1959 GMC pickup into a 1957 Chevy look alike.  It doesn’t get much more American than a small block Chevy shoved between the two fenders of a late 50s pickup. 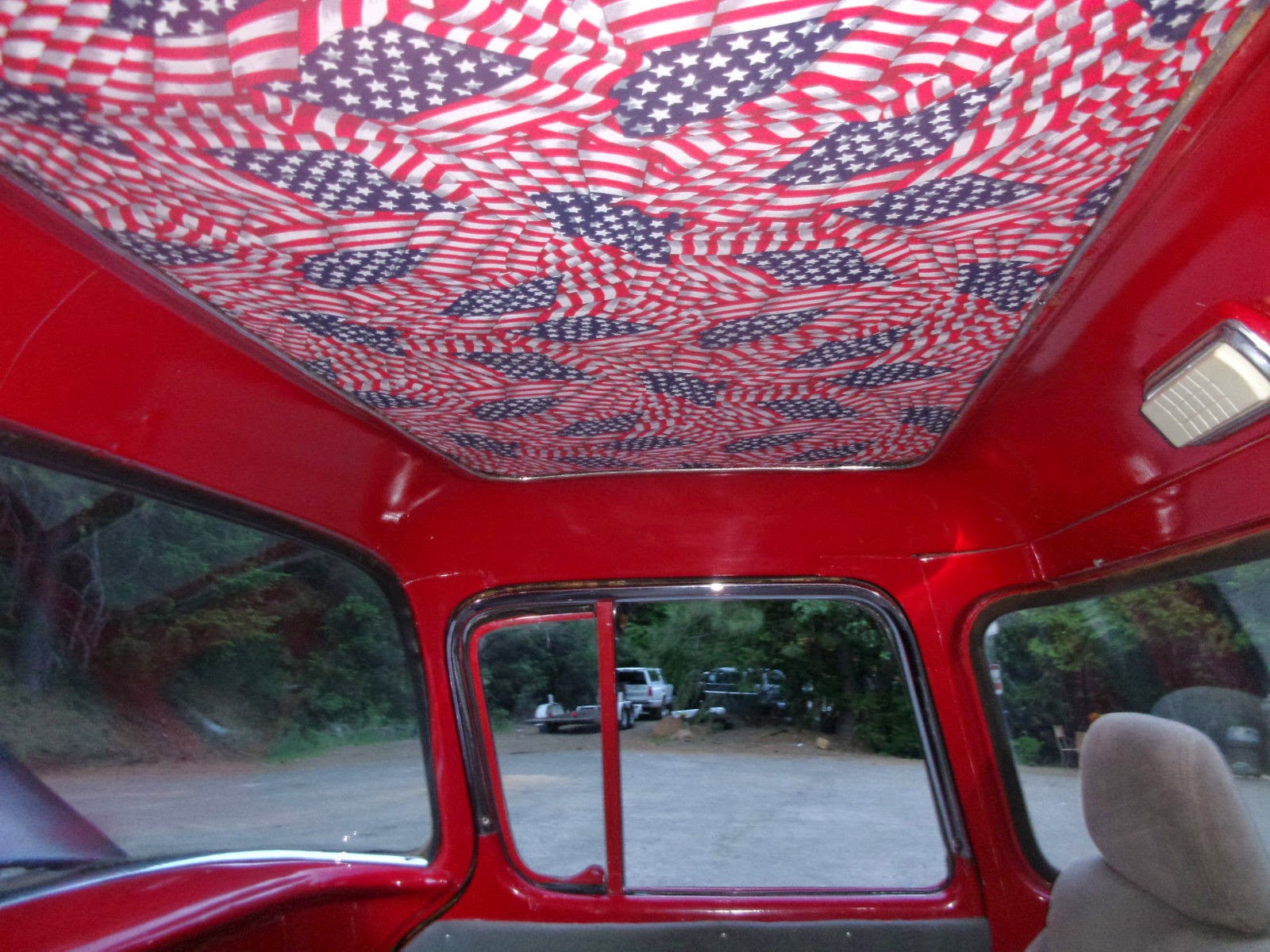 Okay..I was wrong…it just got a bit more American.  I’ve seen stars on the headliner of a custom, and stripes…but never together.  Riding in this pickup for more than 5 minutes will make an instant Taliban hater of out anyone. 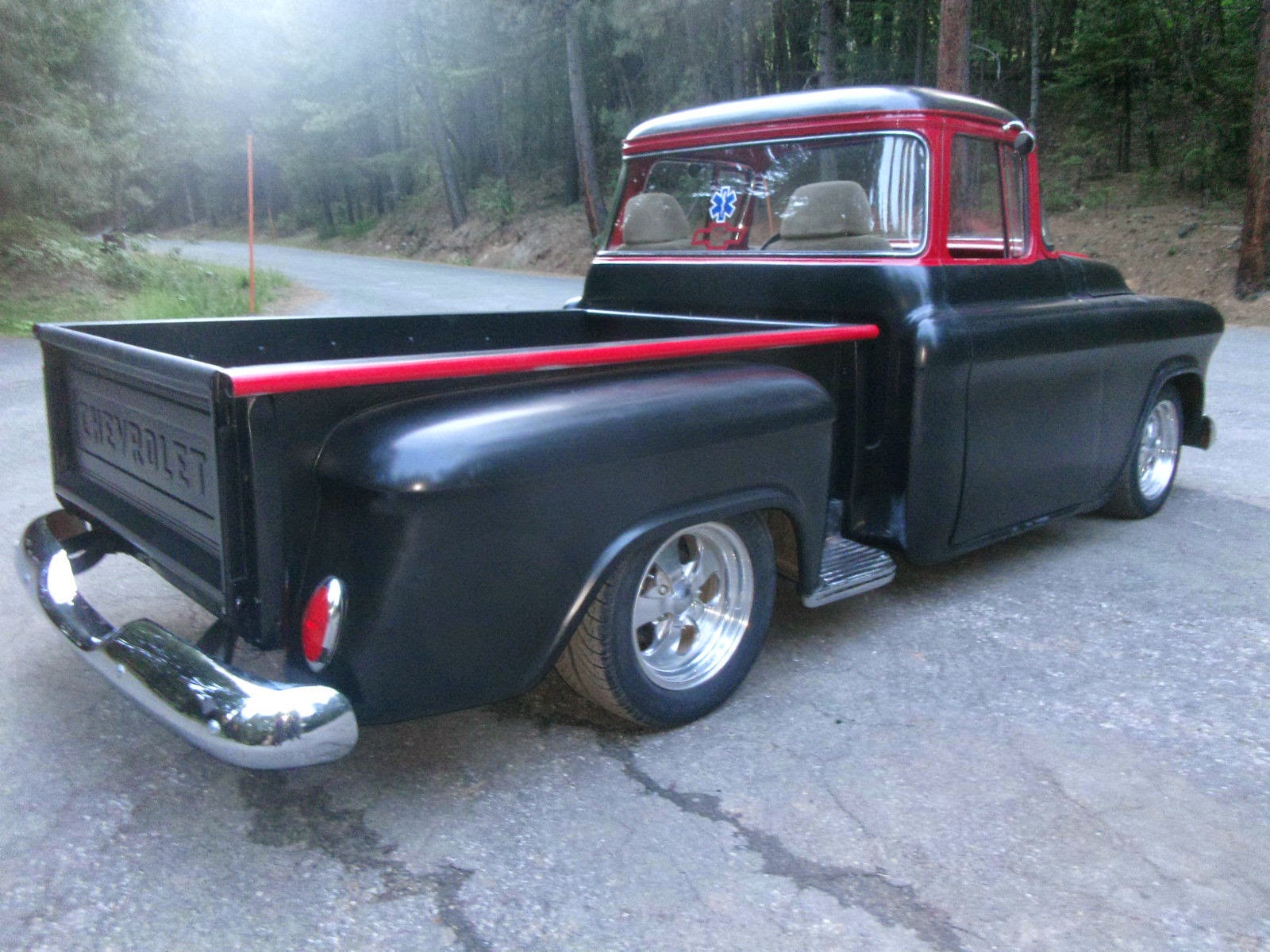 See another slice of Americana?  tips@dailyturismo.com