Another week half in the bag, which means it is Thorsday and time to bring out the best junk we could find that originally hails from the Scandinavian Peninsula.  This next feature started life as a simple Volvo sedan, probably purchased new by an insurance salesman named Steven as a practical car for his wife Beth to take the kids to soccer practice.  As the kids grew up, Steven and his wife grew apart and Steven got the car back in the lightly contested divorce.  Steven hated the way the car reminded him of Beth and the slow and cautious way in which she approached life, from the way she approached eating chicken wings with a fork to the carefully folded sleeves on her favorite reindeer Christmas sweater. Even the kids had adopted Beth’s watered down community college aspirations and the Volvo…that slow and plodding 4-cylinder powered pile of safety was a constant oozing scab in Steven’s new apartment driveway.  Steven needed a change, so he grew a mullet, joined a cross-fit club, and shoved a fire-breathing V8 mated to a 6-speed manual into front of the Volvo.  At least, that is what could have happened…who really knows the truth?  Find this 1991 Volvo 740 LT1 V8 offered for $8,500 in Moraga, CA via craigslist.  Tip from Andrey S. 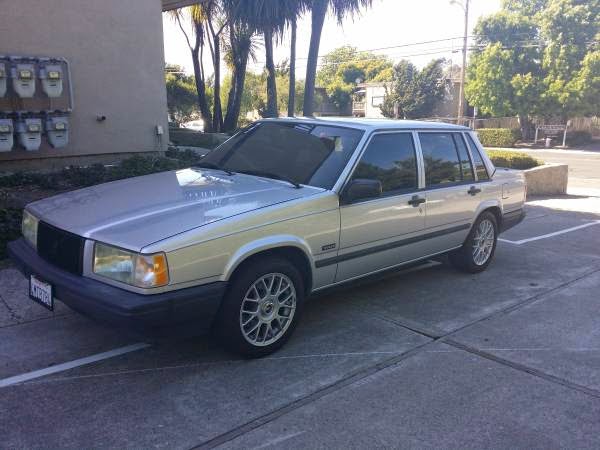 The sedan version of Volvo’s 740 series is the least sporty or interesting of the ’90s Volvo lineup, but at least it retained rear-wheel-drive, which was lost in the subsequent 850 series.  However, if you wanted to build an unassuming sleeper, the sedan is even more sleepy and less cool than the wagon, so therefore it is cooler.  Does that make sense?  Cause the new rule of cool is difficult to explain, but one of the founding principles is that the less cool something is when new the cooler it becomes when it is a classic. 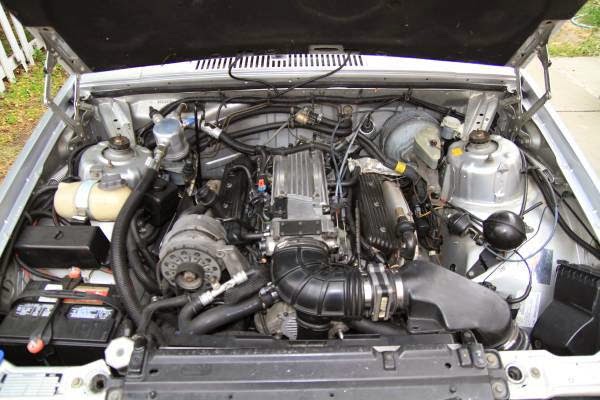 Under the hood of this stock looking (aside from some aftermarket wheels and a heavy dose of window tint) sedan is a 5.7 liter LT1 V8 equipped with unidentified aluminum heads and from an unspecified donor car.  It probably came from an F-body Camaro/Firebird and was rated at 275 horsepower and 325 ft-lbs of torque stock, but could be good for a few more with the previously mentioned mods.  The biggest thing to get you excited about this swap however is the California BAR sticker meaning this beast is street legal and smogs like any other car.  Fan-freakin-tastic! 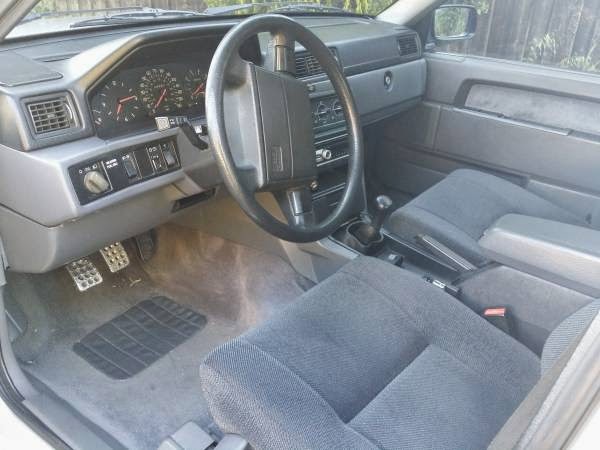 A boring dark grey cloth set of seats and an over-sized stock airbag equipped Volvo steering wheel do nothing to betray the menace living between the shock towers.  Only the peculiar looking shift knob and fancy-pants aluminum pedal covers hint that something is awry. 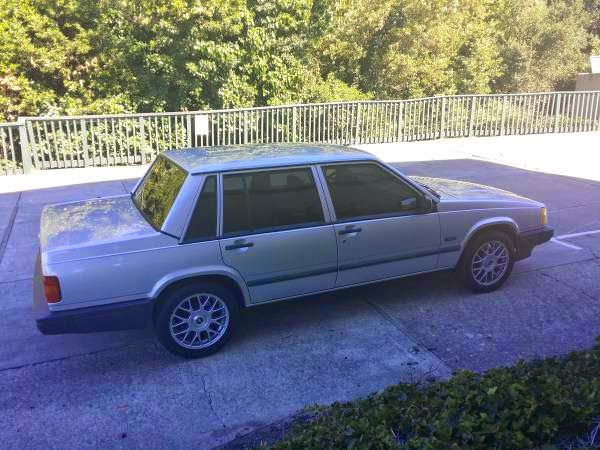