Carter was President.  Speed limits
were down. The only way that you could feel like your car was
haulin’ ass was to change the scale on your speedo.  Furthermore the under-damped and under-sprung suspension made the cars float at 55mph like you were doing 110mph, but this is what was available in mainstream American dealer lots and people bought em.  Most have been crushed into cubes, shipped to China and returned covered in lead paint for children to play with, but a few clean ones survived the Cash4Clunkers debacle.  Find this 1977 Pontiac Bonneville Brougham with only 33k miles on the odo for $10,000 located in Sacramento, CA via craigslist.  Tip from…the Curator of Classics on Craigslist…Kaibeezy! 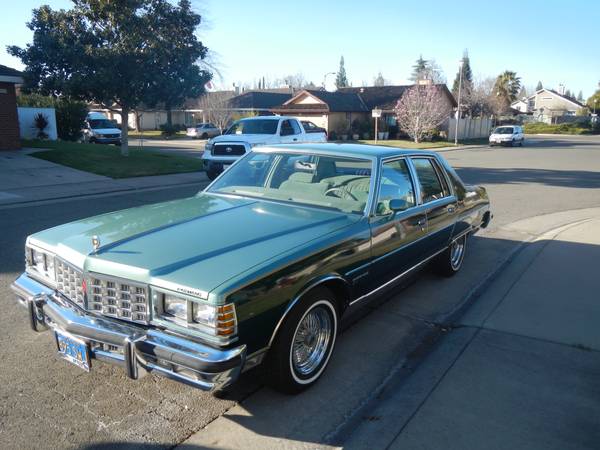 If Quantum Leap were still on TV today, this is the car that he’d
Leap back into.  Those
MAGNIFICENT wheels are the old rage of the ’70’s-80’s  Those are
Keystone chrome wheels with wirebaskets.  They were the bolt-on
instant wire wheel.  They always looked ridiculous and were
probably the reason that mag-locks were invented.  They would
invariably come loose, the wire ‘basket’ would sail off into the
weeds and the car would then be blessed with a steel wheel with a
huge hub and threaded hole.  This was also the year/era of GM engine swapping that everyone
went apeshit on, so we aren’t even going to mention the smog choked boat anchor between the front fenders. 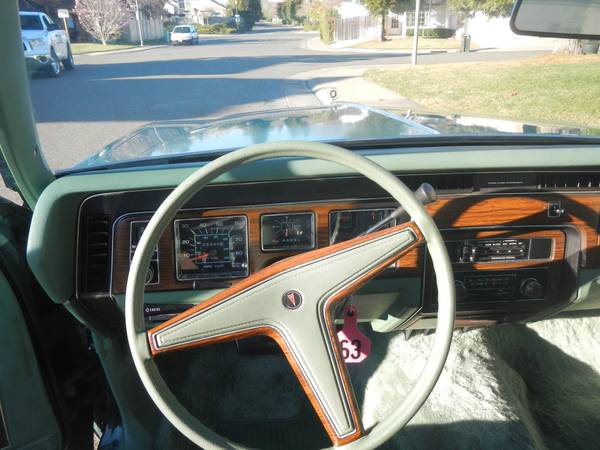 The carpet is made from 100% wookie hair, a pure coincidence with the release of the original Star Wars Episode IV in the same year and not the work of some kind of devious marketing agency.  That plush carpet was a hassle for dealerships because it held so
much water that when you tried to detail the car and put it back
out on the lot, the car would smell musty because of all the water
trapped in that carpet/fur/coat/ on the floor. 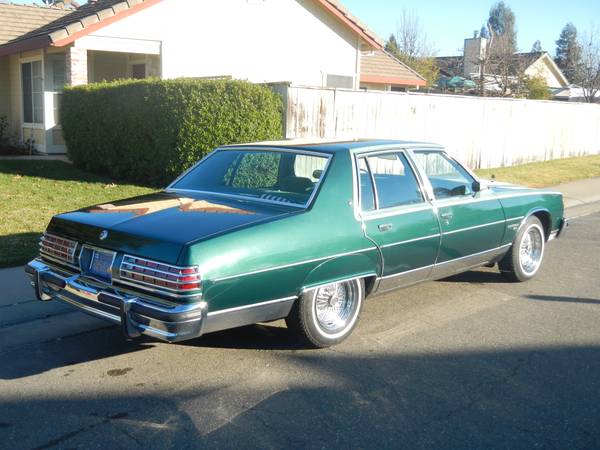 There is no denying this car is…well…something else…and it is probably the cleanest nicest ’77 Bonneville Brougham you can find…but ten grand is a bit steep.  Maybe it’ll sit for a few more months and the seller will be willing to take lower offers.