The first generation Ford Mustang notchback (coupe) has never been an expensive car to own.  When new, it was a sporty alternative to the boring economy cars from GM/Chrysler and offered optional V8 power, disc brakes, and a chance to have fun on your daily drive…and 50 years later…it is still a cheap way to have fun.  Find this 1964 Ford Mustang coupe offered here on craigslist for $12,000 in Sunnyvale, CA. Tip from Kaibeezy. 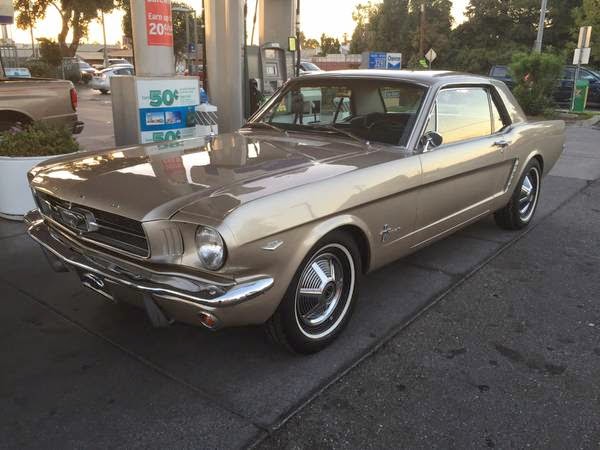 This 64 and 1/2 coupe is one of the 92,000 units built in the first few months of 1964 Mustang production (sold as 1965 model year cars).  It was assembled at the San Jose plant, sold in Palo Alto and has lived in California for its entire life.  The black plates are not original black plates, but the 2HVS prefix indicates 1987 era white plates that have been painted black or replaced from various “plate” sellers — not entirely legal per the CA DMV, but most Cali 5-0 don’t know or don’t care. 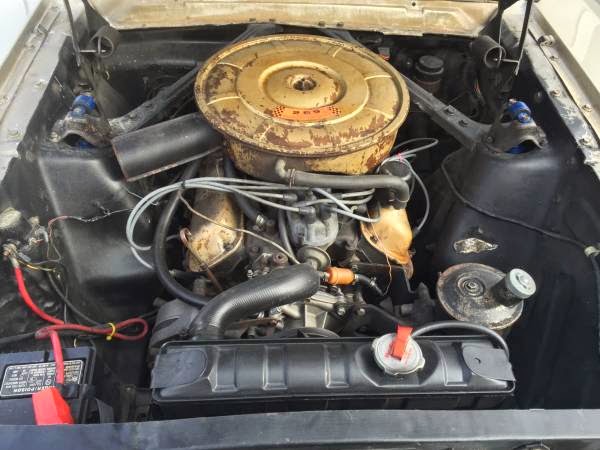 The door tag indicates that this Mustang left the factory on Nov 25, 1964 with a C-code 289 2-bbl V8 with code I Champagne Beige Metallic paint over Black Crinkle Vinyl interior with a C4 automatic and 2.80:1 open rear axle.  The C-code V8 was rated from the factory at 200 horsepower andt should last another 50 years if properly maintained. 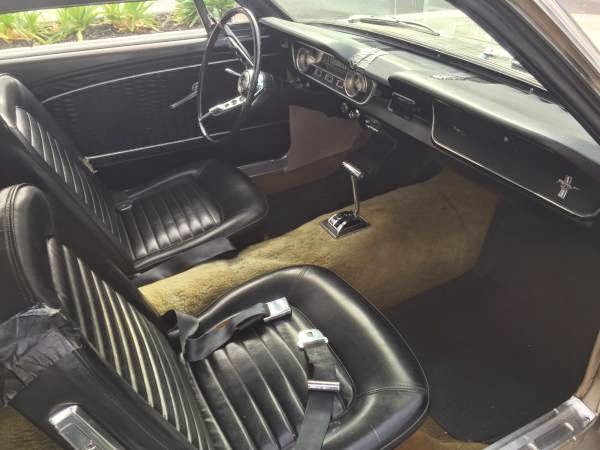 The interior carpet is ghastly — not sure if that is an artifact of the photograph, faded, or just plain nasty.  A set of black carpets would do a lot of make the inside look nice. 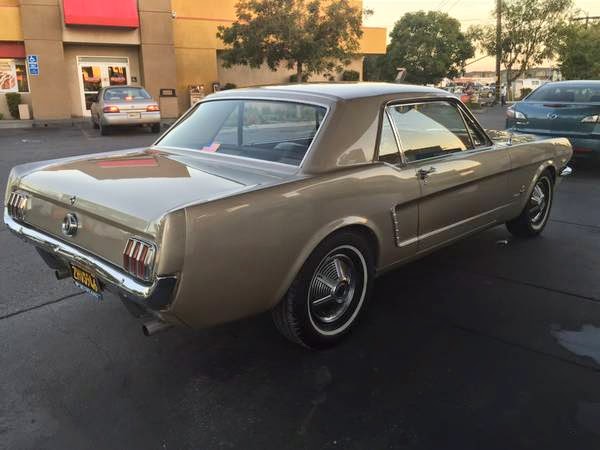 The only problem with this car is the fresh paint…but if the job was done correctly, it doesn’t look like a bad deal.  See a better way to have a nice classic? tips@dailyturismo.com