The Oldsmobile Vista Cruiser, its Buick Sport Wagon sibling, Chevelle
Wagon, and Tempest Wagon cousins are becoming collectable as cool rides for
large families or people who need an occasional trip to the hardware
store.  Heck, even some examples are driven by people who don’t need the space, but just want the halo of cool that surrounds anyone driving such a monstrous piece of machinery on the road today.  Here at the Daily Turismo we tend to focus on the cheap and affordable versions because…well…quite frankly we are a bunch of cheap-asses, but sometimes we want to fight that urge to wash those ziplock bags and would like to imagine for a minute what it would be like to own a really nice example of a classic.  Find this 1970 Oldsmobile Vista Cruiser Wagon offered for $10,500 in Baltimore, OH via craigslist.  Tip from Oldsmobuick. 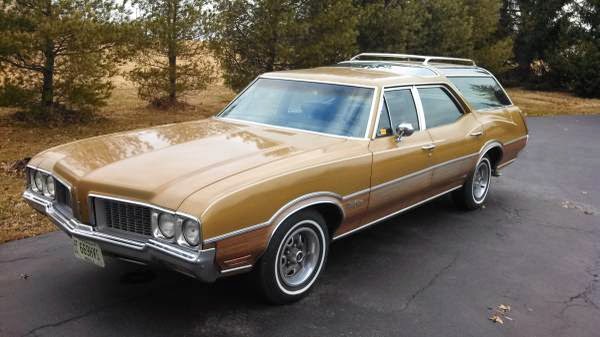 The second generation Vista Cruiser  was available from 1968 through 1972 and was built on GM’s A-body platform.  The restyled A-body featured coke-bottle hips and a split front grill, which look great on this VC covered in a few coats of a sumptuous gold/baby-poo-brown paint color.  The price on this one is really optimistic for even the nicest Vista Cruiser, but it does look minty and you could always give a lowball offer. 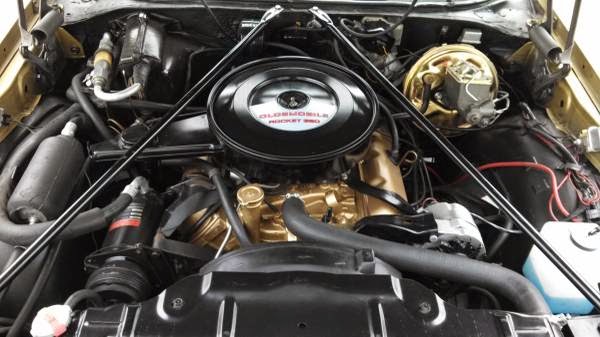 Under the hood is the Olds Rocket 350, a 5.7 liter V8 pushing out 250 horsepower and 355 ft-lbs of torque into a 3-speed automatic transmission.  This Vista Cruiser dates from a time when Oldsmobile used their own engines instead of parts bin GM stuff from the Chevy catalog. In 2014 what this means is that you have a heavier engine with less aftermarket support, albeit one of the more stout lumps from GM in its V8 heyday. 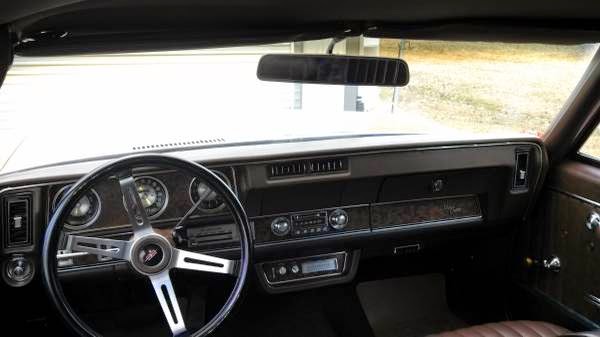 The interior of this Cruiser looks in good condition in the pics, but the biggest thing holding back this advertisement is a total lack of detail in the text section.  The seller doesn’t even have the common courtesy to include the always helpful “too much too list” statement. The picture above shows that somewhere along the line a 4-4-2 style steering wheel was added to go along with the factory 8-track player and air conditioning. 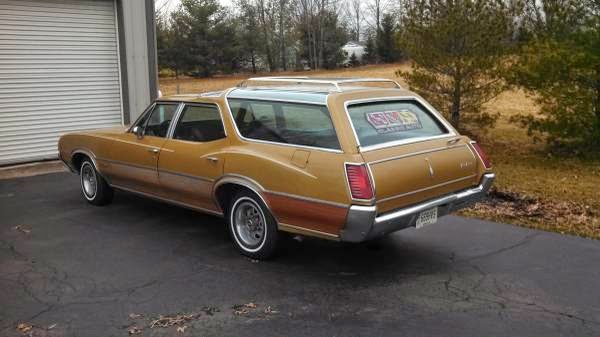