The Jeep badged truck called the Forward Control (FC 170) was a cab forward monster developed for military purposes and powered by a variety of Hurricane inline-4, inline-6 and Y-block Ford V8s.  The FC was first produced by Willys and later Kaiser Jeep, but only a limited few of the sweet crew cab M-677 version.  Find this 1964 Jeep FC 170 M-677 with Ford V8 for sale in Eureka, MT currently bidding on ebay for $7,500 reserve-not-met with 3 days to go. 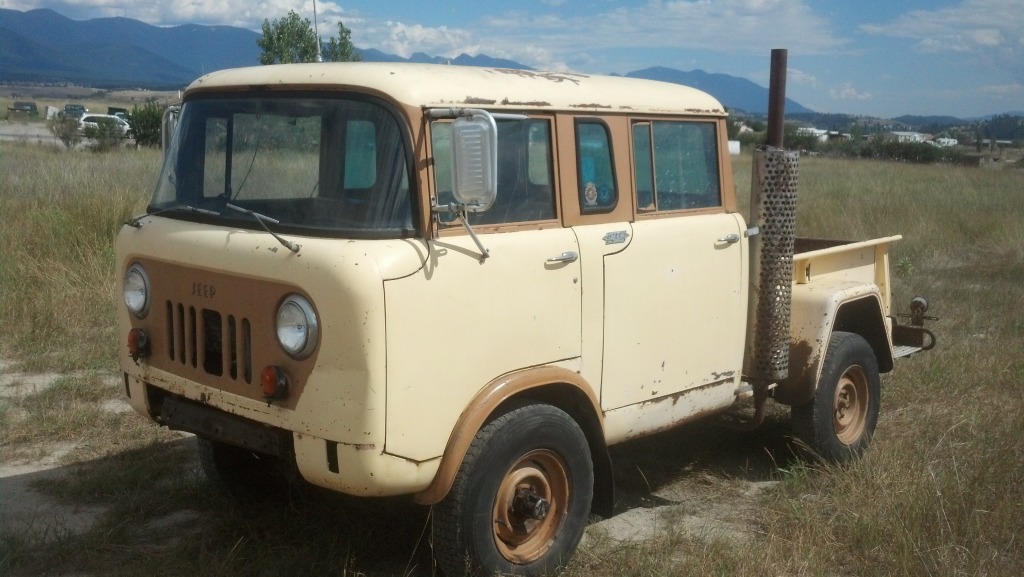 This FC was originally a Marine troop transport/hauler and could have possibly been equipped with a canvas canopy over the rear bed and was probably powered by diesel engine.  The original engine is long gone and the seller asserts that it has a nice running 289 cubic inch Ford V8, the same engine that powered almost a million Mustangs between 1965 and 1967.  The FC may seem like an odd vehicle to find a Ford V8, but the 180 and 190 versions were powered by a Ford designed Y-block V8, so putting a 289 into this FC was probably an easy fit. 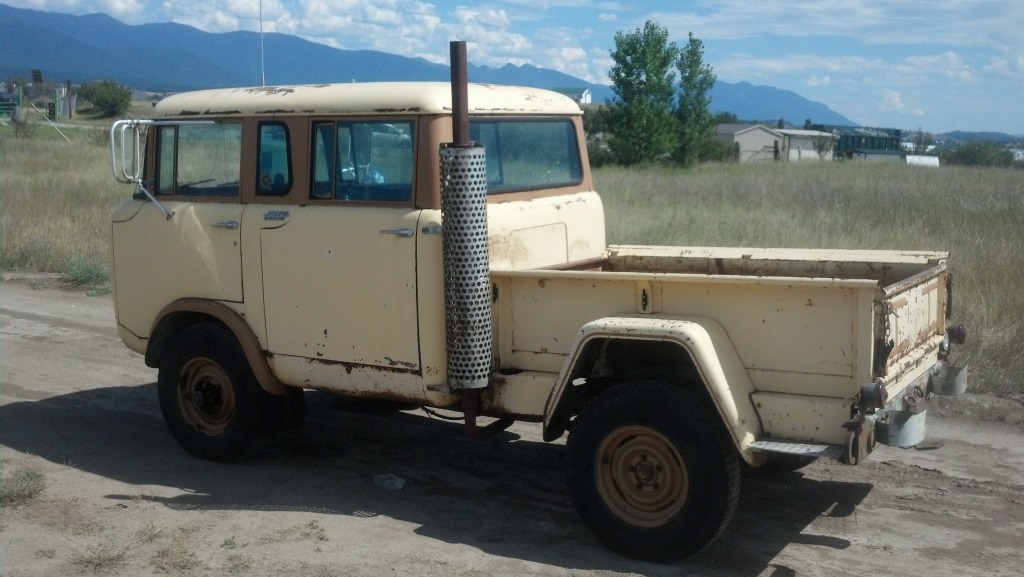