1960 was the last of the winged (heavily tail-finned) Chevys and a 4-door low option Bel Air was essentially a taxi/fleet car.  Today, only a Chevy snob is going to know it was the base edition with zero options and the Chevy equivalent of the LeSabre feature from earlier in the week…however, with that subtly comes a rewarding mechanical simplicity.  A restored 2-door hardtop may have the richness of Mozart’s “Spring” String Quartet No. 14 in G major, but the 4-door BelAir with inline-6 is simple and honest, like Mozart’s variations on Twinkle-Twinkle Little Star for the Piano; subtle, yet impressive.  Find this 1960 Chevrolet Bel Air offered for $8,500 in Vacaville, CA via craigslist.  Tip from Kaibeezy. 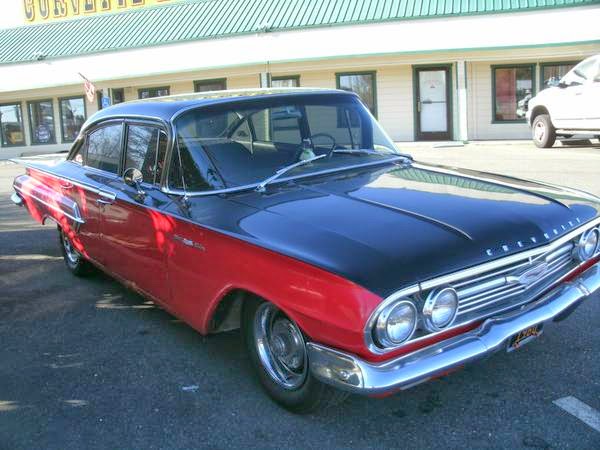 This isn’t a show car, but the red/black two-tone paint is a good color for this particular car’s black
interior.  Standard old Chevy wheels for anything after ’68 which while not period correct don’t look particularly obnoxious. The seller says original black plates… and how lucky is he.. not only are they
original but he got the one that says 1960!!!!  (Note to those who don’t realize DT is a humor site– it is clearly a fake plate since customized black plates were never available in Cali). 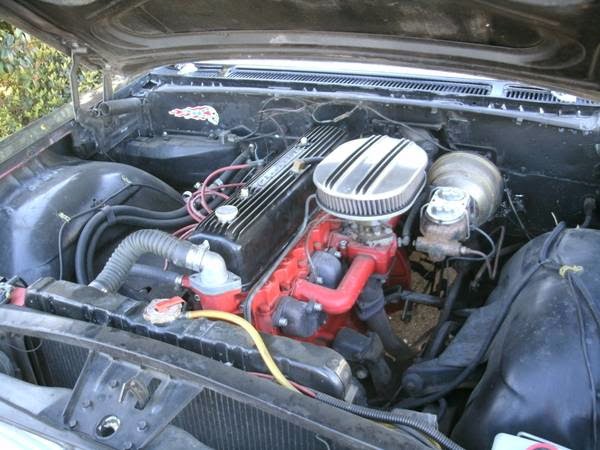 Under the hood is a simple finned valve cover, but look.. nice big dual circuit power
brakes!  The engine looks like a 235 w/ 1bbl which is a whopping 135 hp @ 4000 and 217
ft. lb torque. An oil lamp mated to a pinwheel and it would be an upgrade, but for just driving around it should do the job.  Tail pipe lovers will enjoy the  very nice Pontiac style dual
turn down tips in the rear (think T/A and GTO). 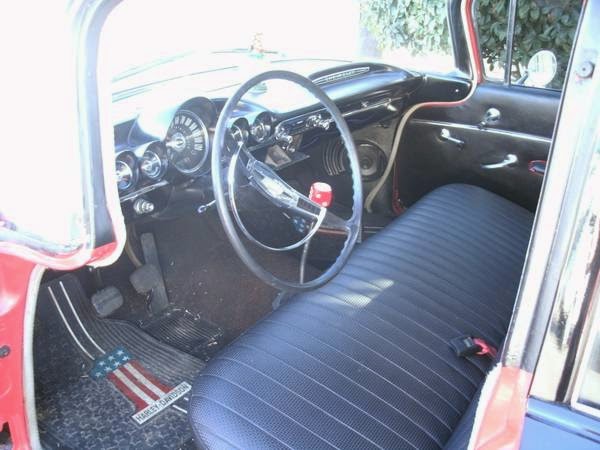 The dash looks bone stock and in perfect condition (no apparent
cracks in the wheel), but DT’s Chevyologist Hunsbloger suspects there’s the tell tale ‘nub’ of the column shifter on
that steering column.  Chevy used pointed little stalks (look at the tip of that turn
signal indicator) and it looks like it was originally a 3 speed on the tree that someone
has installed a 4 speed into.  The interior vinyl is not stock but it looks like acres of
‘basket weave’ VW type vinyl whereas Chevy would have used a combo of slick vinyl and cloth, but it
looks really good/durable. 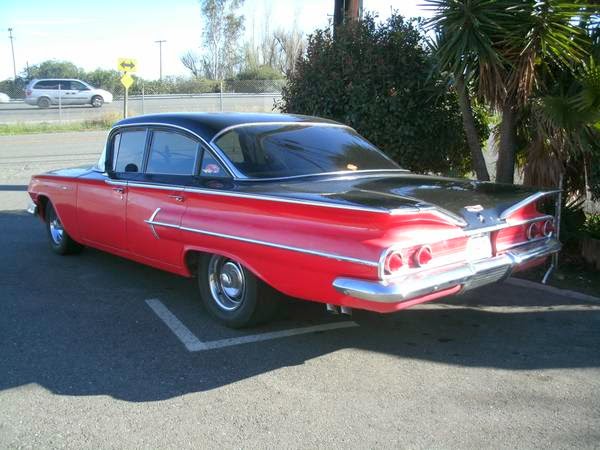