Every once in a while we will put down the keyboards after a few paragraphs and leave the verbosity ’till next time; whether it’s intentional or out of necessity. Unfortunately this DT Flash posting is in the latter category because there is only one picture included in the ad. But hey, what a nice picture. If you’re looking for a semi-rare, well built, fast and unique 4-door sedan then we have to recommend looking at a BMW M5 of the E34 generation. The E28 was the Ur-M5 and may be more of a driver’s car, but the E34 is a more modern, more powerful ‘bahnstormer that is currently at the bottom of its depreciation curve. I recommend buying stock in the ultimate E34 (silver in this case) and considering an investment in this sharp and well maintained 1991 BMW M5 here on craigslist in San Mateo, CA for $9788. 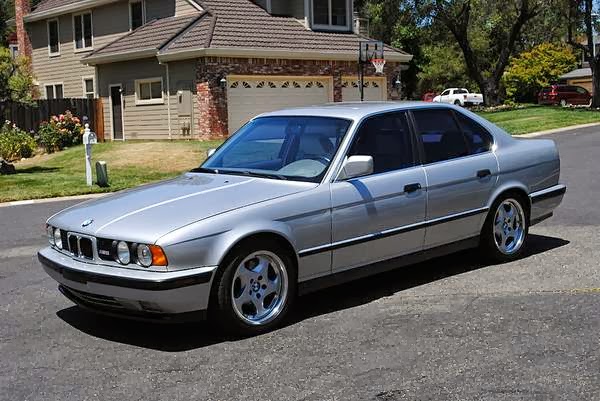 Silver is a great color for the E34 and shows off the crisp lines well, and the “throwing star” M-System II wheels were standard on later years so they are an upgrade to this ’91 which would have originally had the “turbine” wheels. The sound of the 3.5 liter S38 inline six is like silky petrol-powered sex. With 140k miles this one isn’t so pristine that you’d be afraid to drive it, and the amount of recent work performed is a good indicator that it’s ready to enjoy (hopefully without any surprises). The seller lists modifications as a Dinan chip, short shifter, Bilstein shock absorbers (deleting the self-leveling rear suspension) and ellipsoid headlights. If it goes as well as it looks, a DT reader should be in for a great Bavarian treat for the price of a used Accord.

The E34 market is a bit scattered lately; as a comparison check out this Eurotrash ’92 3.8L example also in San Mateo (but advertised on San Diego’s craigslist) or an asking price of $16992. This was imported from Europe; we’d question the legality of registering this in the US since it’s less than 25 years old. Just a few weeks ago it was listed at $18992, so wait a few months you might get an even better car for around $10k as well, assuming it is actually legally registered somehow. 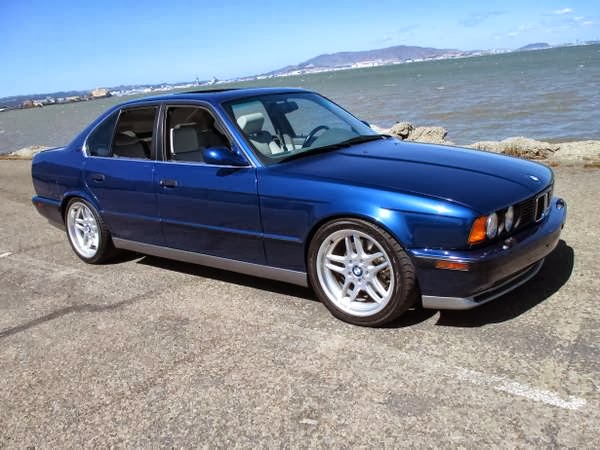 And just for reference, here’s the nicest E34 I’ve seen in recent memory, this Alpine White ’93 with 117k miles listed in Orange, CA on M5Board.com. The seller was asking $17000 back in January of this year, but there’s no indication that the car was sold – maybe he’s still got it and willing to make a deal. 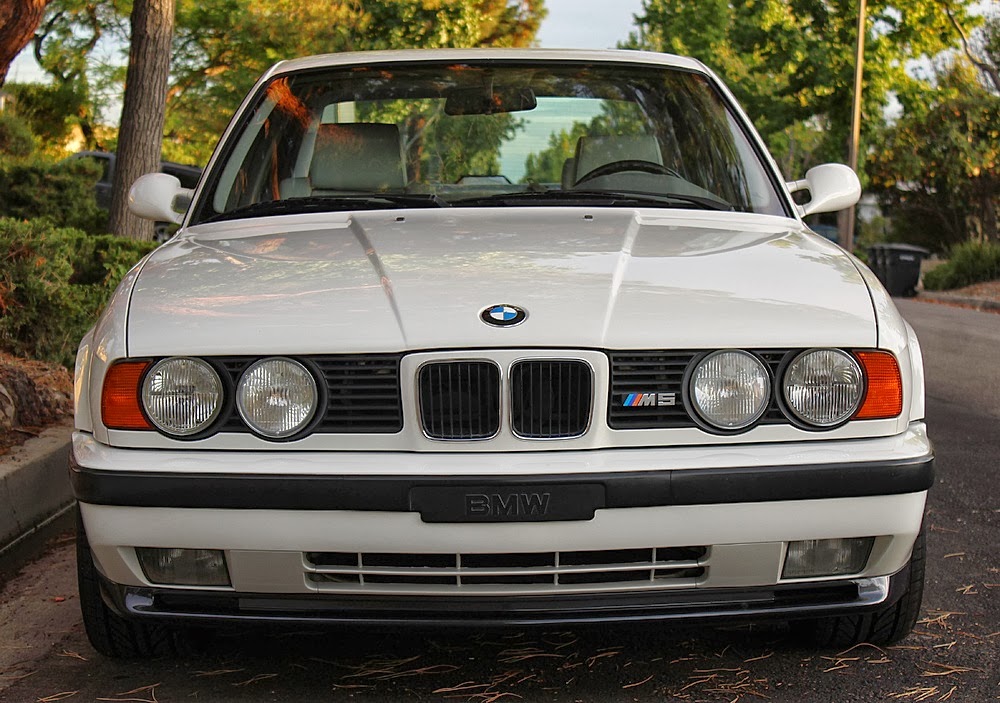 DT Head Honcho Vince covered the E34 M5 very well in his Market Watch piece Pulmonary ///MBolism back in May. So there’s no need to get into an in-depth analysis here; just an update on some of the interesting M5s for sale at the moment. To our “rest of world” readers…sorry they are all in California; it was a coincidence, I swear.

Find a sweeter-singing six for less? Email us here: tips@dailyturismo.com