As luck would have it we just featured a C3 Corvette late last week when a much more intriguing (if less than original) version popped up on our DT-dar yesterday.  The 1969 Corvette engine lineup was a smörgåsbord of cast iron Chevy V8  engines, starting with the basic 300 hp L48 small blocks and going all the way to 430 horsepower L88 big blocks…but through it all, Chevrolet never borrowed an engine from its GM stablemate Cadillac, which is exactly what this seller’s dad did back in 1974.  Find this 1969 Chevrolet Corvette with Cadillac big block V8 power for sale in Bullhead City, CA for $9,000 via craigslist. 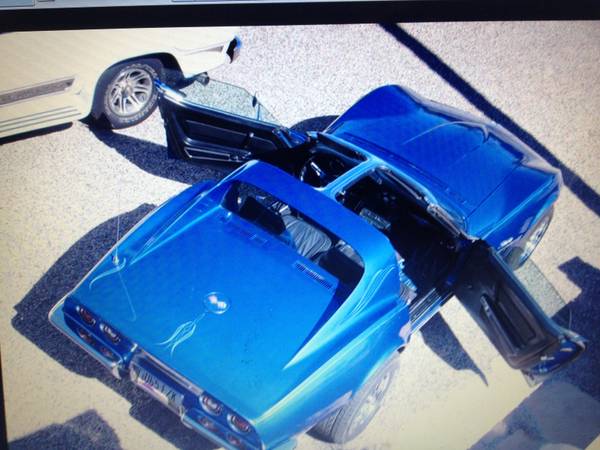 This big block Corvadillac certainly isn’t the strangest engine swap we’ve ever seen, but it ranks up in the top ten.  However, it isn’t that bad of an idea when you consider that Cadillac big blocks are known to be tough and can make lots of power when properly tuned/boosted/built.  DT’s own engine swap madman CFlo noted that this ‘vette would be the perfect “Vintage Drift” machine, if such a thing existed. You could
create an alternate universe in which drifting, not drag racing, was the
predominant sales & marketing tool for Big 3 muscle cars in the
’60s and ’70s. That would have been weird.

Historical fiction fantasies aside, the asking price on this Coupe DeVette is certainly fair.