The C4 Corvette was first introduced in 1984 as the future of Corvette styling.  It eschewed the traditional Vette curves for a sleek and aerodynamic look.  The inside introduced a digital LCD dash display that was going to be the future of motoring.  Ironic that the next generation Corvette, the C5, brought back curvy hips and analogue gauges, leaving the C4 as a bit of an oddity in the Corvette landscape.  Today the C4 is certainly the most affordable of Corvettes in general but don’t expect the prices to stay low forever as low mile clean ones are hard to locate.  Find this 1986 Chevrolet Corvette C4 with 4+3speed manual transmission for sale in SF Bay Area, CA for $8,900 via craiglist.  Another tip from Kaibeezy. 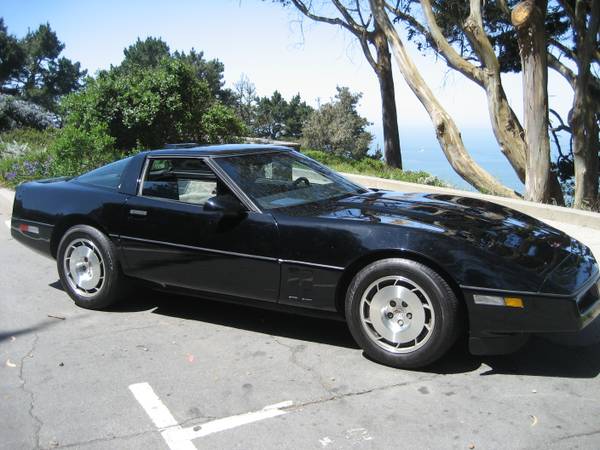 The C4 Corvette was designed by Jerry Palmer who had penned the sleek quad-rotor Aerovette a few years prior.  The Aerovette was to be powered by a 420 horsepower melange of rotary powered mid-engine goodness, but was given the red light when the bean counters at GM took a hard look at it.  Mr Palmer proceeded to use many of the styling cues in the next generation Corvette, but front engined and small-block-chevy powered. 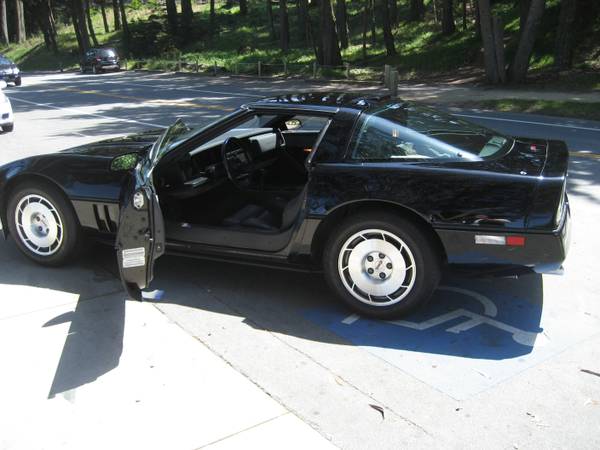 This Corvette is powered by tune-port fuel injected 5.7 liter L98 V8 that puts 230 horsepower into a 4+3speed automatic.  The “Doug Nash 4+3” is a 4-speed manual with a single planetary gearset mounted behind it so that overdrive ratios can be selected in 2nd, 3rd or 4th gears.  It is very similar to the setup Volvo used for years known as the Laycock de Normanville overdrive, but allows the selection of OD in all gears but first. 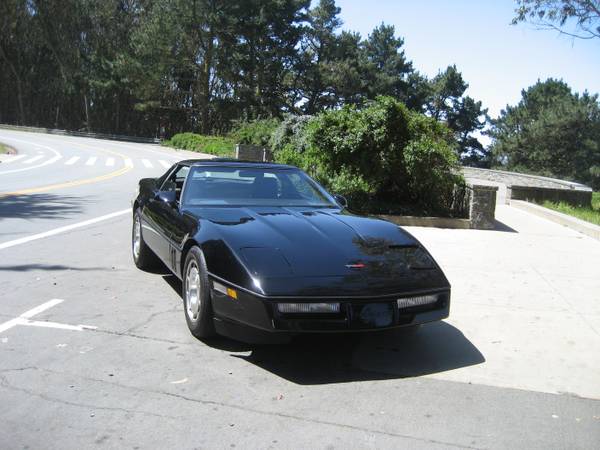 Whats not to love about a C4 Corvette is that it looks in excellent condition, only has 29k miles on the odometer and is offered for a fair price?  Grow a mullet, buy a 12-pack of wife beater t-shirts and throw out your cell phone because the 80s are back.