TVR is a foreign name to our American ears, the last imports from Blackpool, England being the Tasmin 280i in 1987.  TVR does have a long history on the other side of the Altantic and built all of its cars on a tubular space frame and as of July 2012 has officially ceased its efforts to build and produce automobiles – a shame since its formula of mounting common parts on a bespoke handbuilt body is all but dead.  But you can relive the glory days with this 1985 TVR Tasmin 280i, currently for sale on ebay for $8,250 OBO in Sussex, WI. 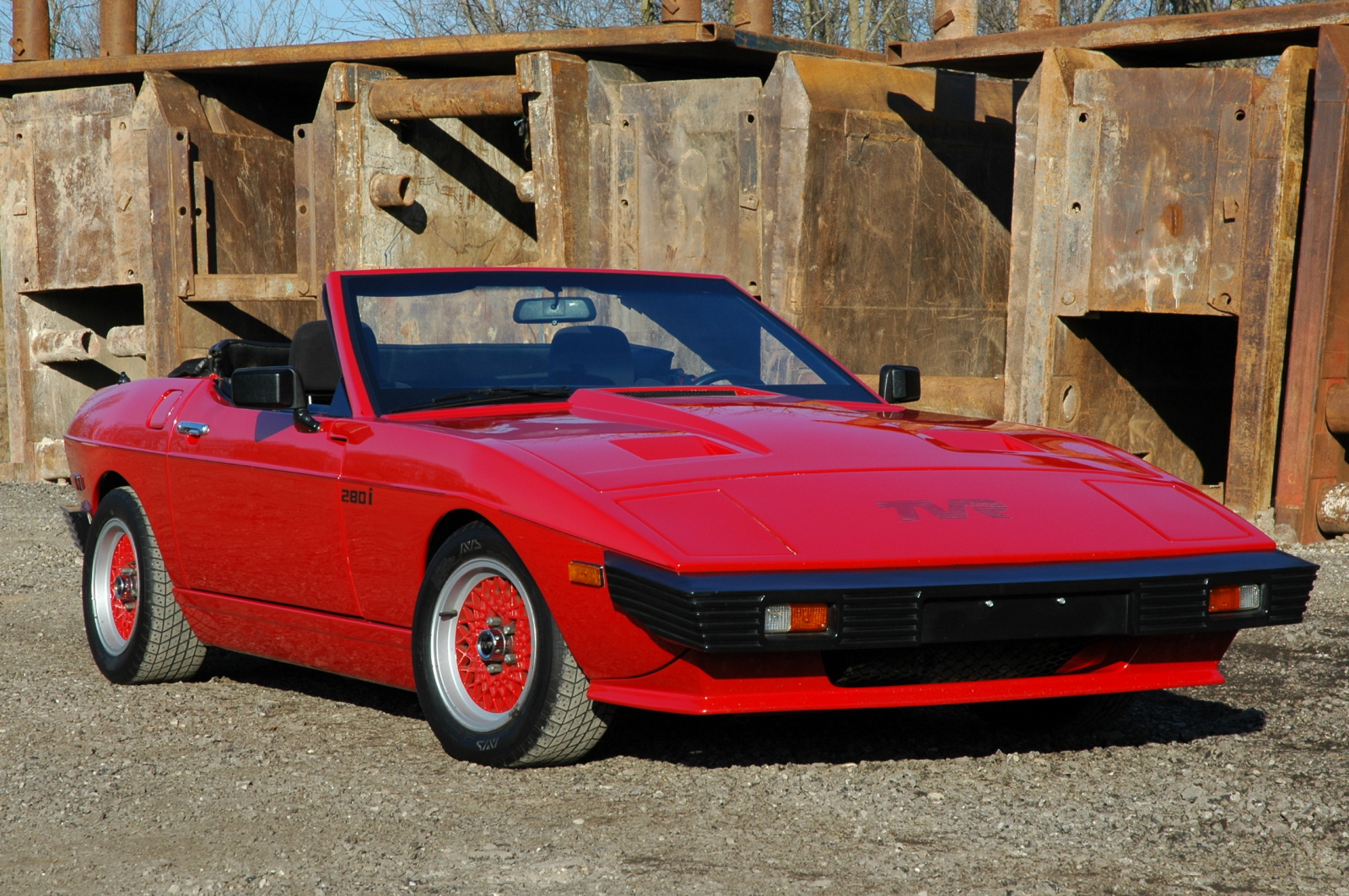 The Tasmin was styled by noted Lotus Elite/Eclat designer Oliver Winterbottom – but your cheeks won’t be frosty in this red convertible.  Winterbottom must have had a thing for door stops as most of his designs had a noticeable wedge shape, but we think the Tasmin is equal in aesthetics to anything from Italy from the same time period. 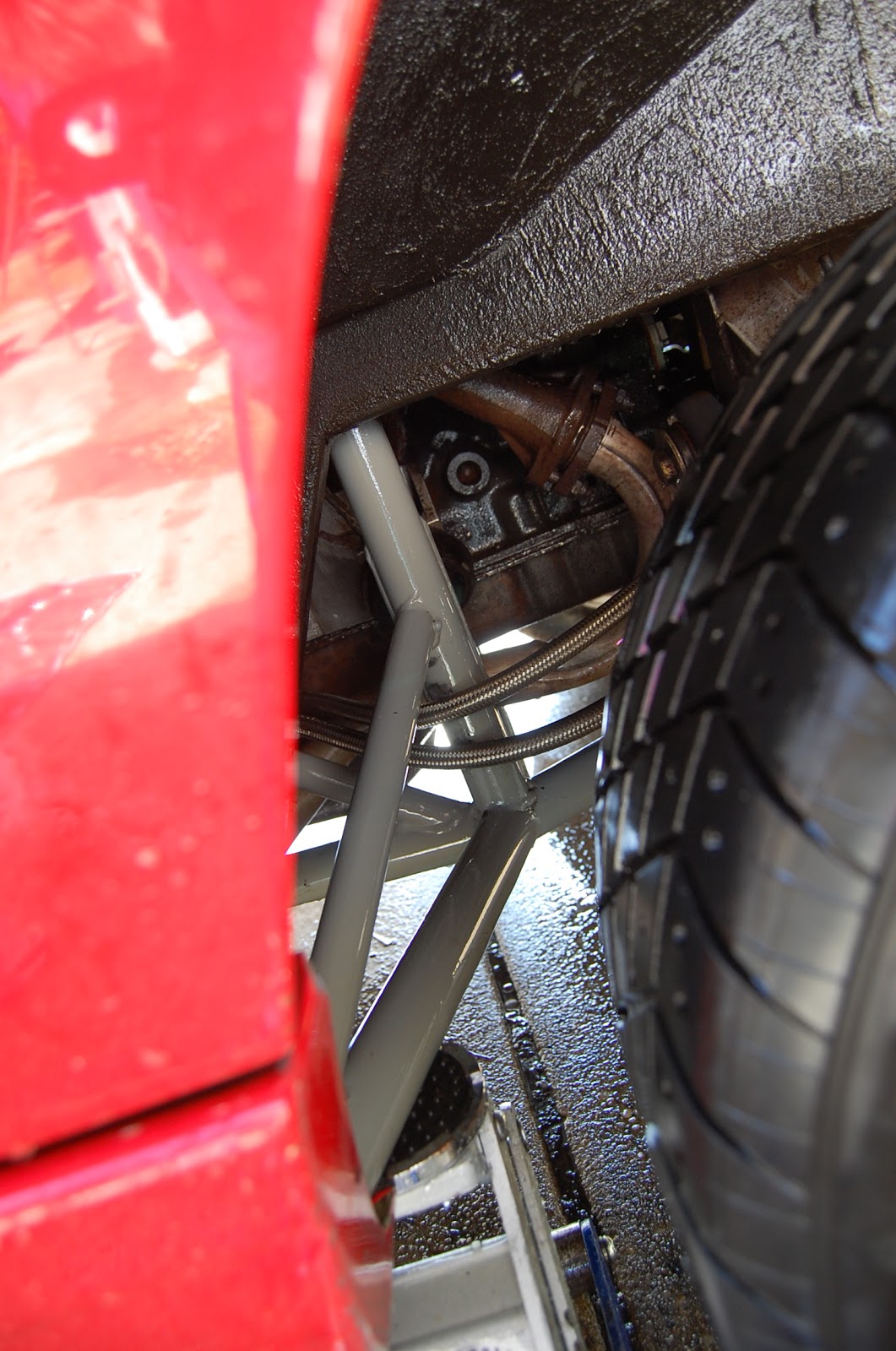 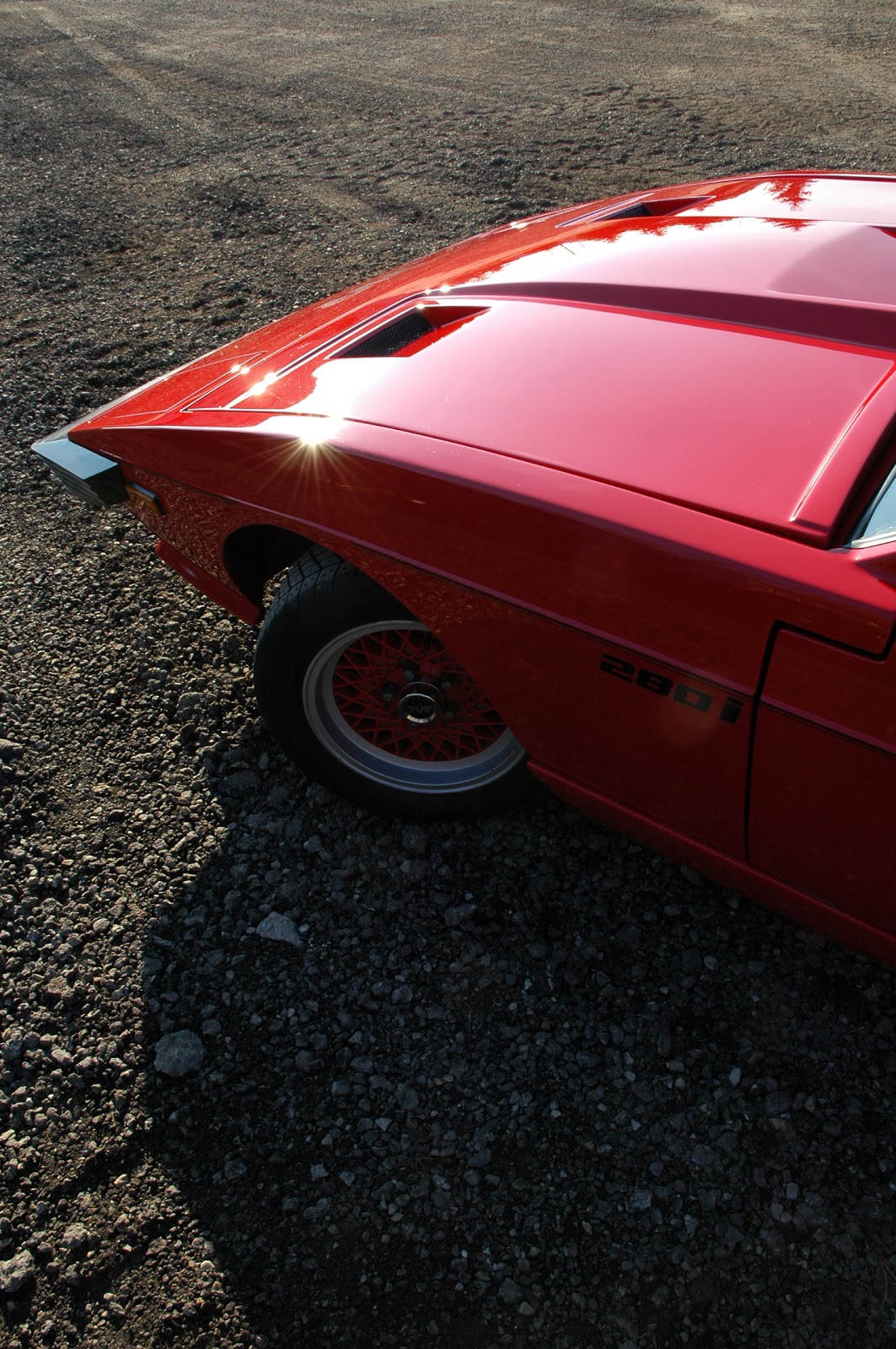 The 280i is powered by the Ford Cologne V6 – displacing 2.8 liters and putting 160 horsepower into a 5 speed manual gearbox.  Keen eyed readers will recognize the Cologne name from the Ford Taunus V4 powering all sorts of front-wheel-drive SAABs and remember that it was produced in some fashion through 2010 in the Ford Mustang. 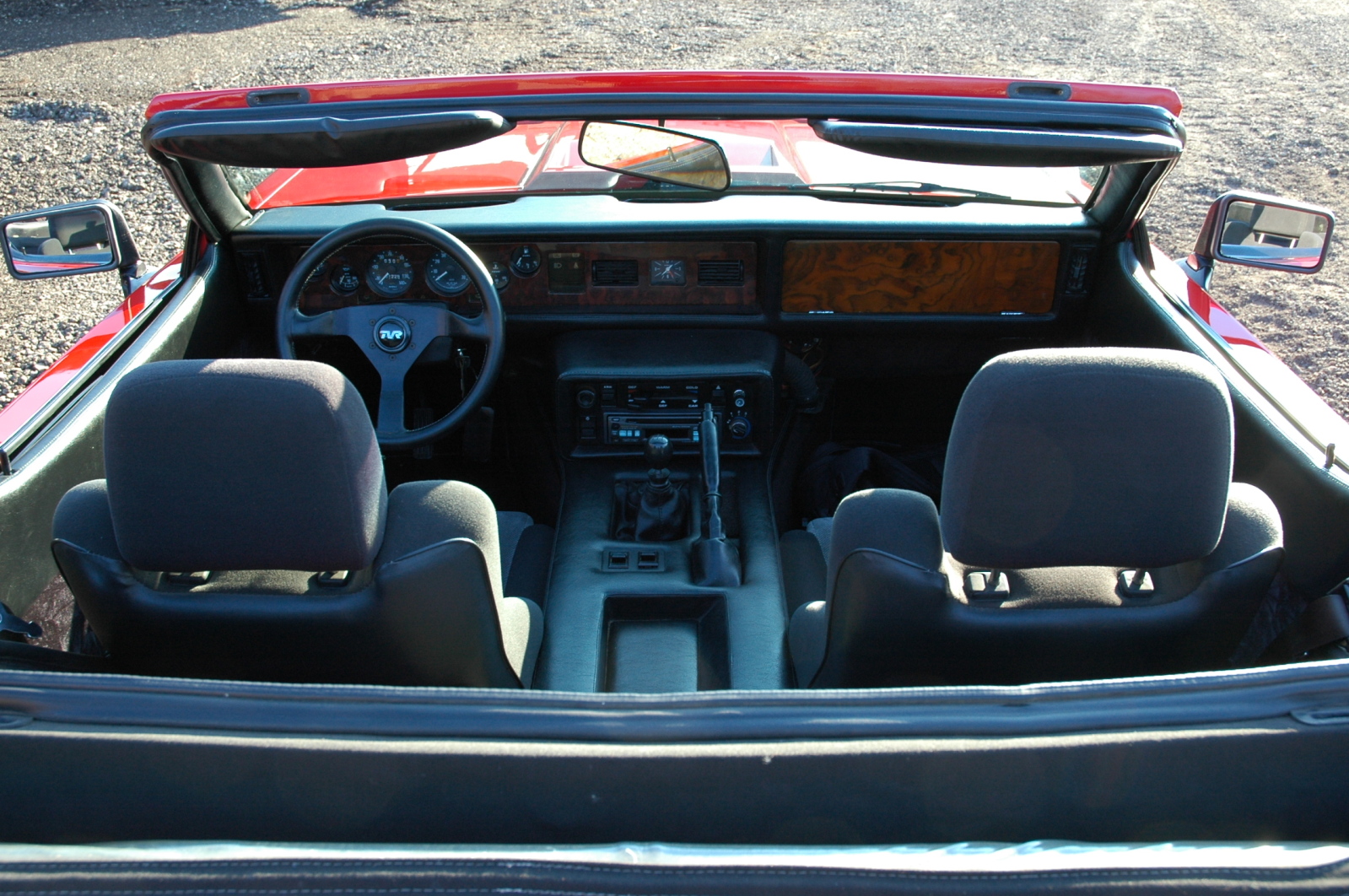 We really can’t get over how nice a condition this TVR looks to be in – and with only 32k miles on the odometer this car seems to have been taken care of nicely.  Sure, it won’t be the fastest thing on the road, but for $8k, it makes one heck of a conversation piece!

See another Winterbottom design for sale?  email us here: tips@dailyturismo.com