The 1975 E21 was the first of a long line of sporty luxury cars from BMW wearing the 3-series badge.  It replaced the aging 2002 and introduced a much more modern chassis with rack & pinion steering and sold extremely well when new.  Today, a well preserved E21 can be a fantastic bargain and offers the experience of a reliable classic that can be driven every day.  This 1980 BMW 320 E21 with M20 swap and hella-flush stance is for sale in Woodland Hills, CA, currently bidding on ebay for $10,000 with 4 days to go. 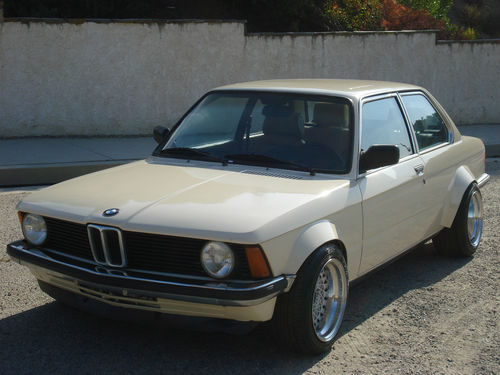 First, we need to get the elephant sized flares out in the open;  they are quite prominent and not really our style.  They would be great on a race car if you were trying to fit some 10 inch wide wheels with 315mm tires front and back…but on a street car where the only reason is so you can run some insane offset…it’s a bit silly.  Regardless, the paint/body quality on the car looks good and if you are into the ‘stance’ or ‘flush’ look, it looks to be a nice example free from oversized graphics and illest stickers. 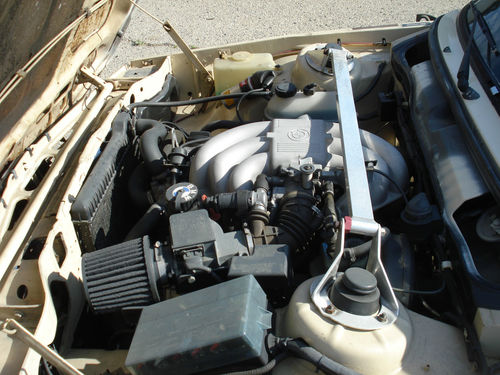 The engine bay has a later model 2.7 liter M20B27 inline-6 swapped in from an e30 or e28.  The M20B27 was designated by BMW as the ETA engine – joking referred to as the estimated time of arrival for its low power ratings, it is actually a reference to the greek letter η, which is commonly used in engineering language for efficiency.  The M20B27 would have produced 121 horsepower and 170 ft-lbs of torque stock, but could make a few more with the swapped head/cams indicated by the seller. 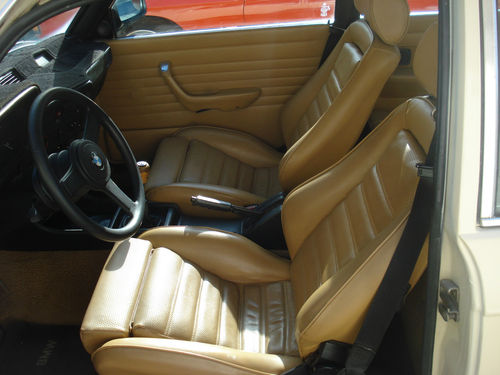 The interior of this BMW looks great for its 33 years of use – we expect it has either been thoroughly redone or spent most of its time covered.  Thankfully, we spy a manual shifter sitting between the seats and this car has been updated with a later model 5-spd.  It also has a swapped in Euro 323i rear subframe that includes a limited slip differential and disc brakes. 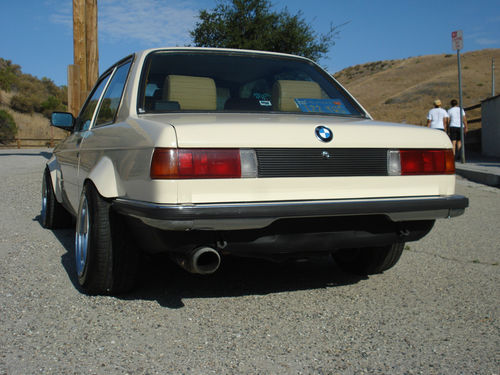 Now here is where the details get a bit conflicted; the seller states that the swap is BAR approved but that it has headers with custom exhaust all the way back — which isn’t going to be smog legal in California.  It also doesn’t have a license plate installed on the back of the car, but it’s got 1971 or 1972 issue California blue plate in the rear window – which would never have a legitimate reason to be on a 1980 vehicle.  There are probably acceptable reasons that can explain our observations, but we’d want everything cleared up before putting down any deposit on this car.