The SAAB Sonett is an odd car, either a 2-stroke or a V4 powering the front wheels with an Italian inspired design created/executed by a group Swedes.  On paper it sounds like a complete disaster, but in the flesh it is still horrible, but in a funky “we could get used to this” kind of way.  But the Sonett is still let down by its underpowered, unrefined and unbalanced engines, something that the builder of this Sonett decided to fix.  This 1974 SAAB Sonett has be given an eletric powerplant and a trunk full of lead-acid batteries – find it for sale in Sudbury, MA via ebay for $10,500 buy-it-now (currently bidding at $3,650 reserve-not-met with 2 days to go). 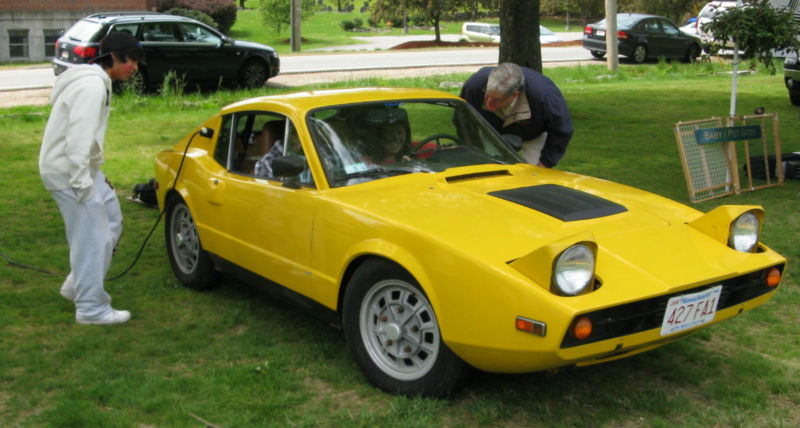 This 1974 Sonett III has had its USDM gigantic front bumper removed and is covered in a rather loud shade of banana yellow.  It also sports a passenger side C-pillar hookup for 110V power to recharge its battery of batteries. 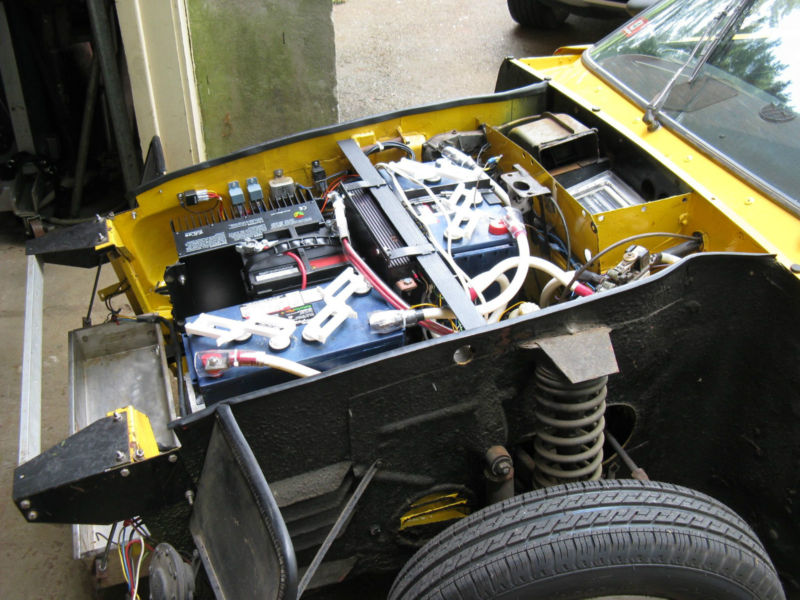 Looking like the trunk of a car that wins car audio competitions by putting out the loudest measureable sound levels, this Sonett has had its original 2-stroke engine removed and replaced by an electric motor.  This motor is still attached to the stock gearbox and will propel the Sonett to a top speed of more than 65 mph according to the seller. 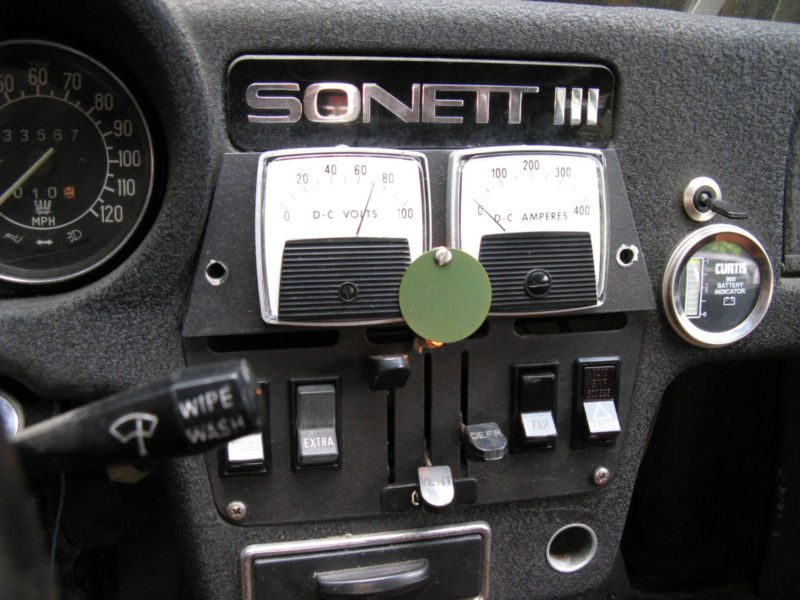 This Sonnet looks pretty standard on the inside except for the addition of a volt and current gauge on the center of the dash.  The seller claims that the car will go 40-50 miles on a single charge, which isn’t bad for an electric car, especially a home-brew version like this one. 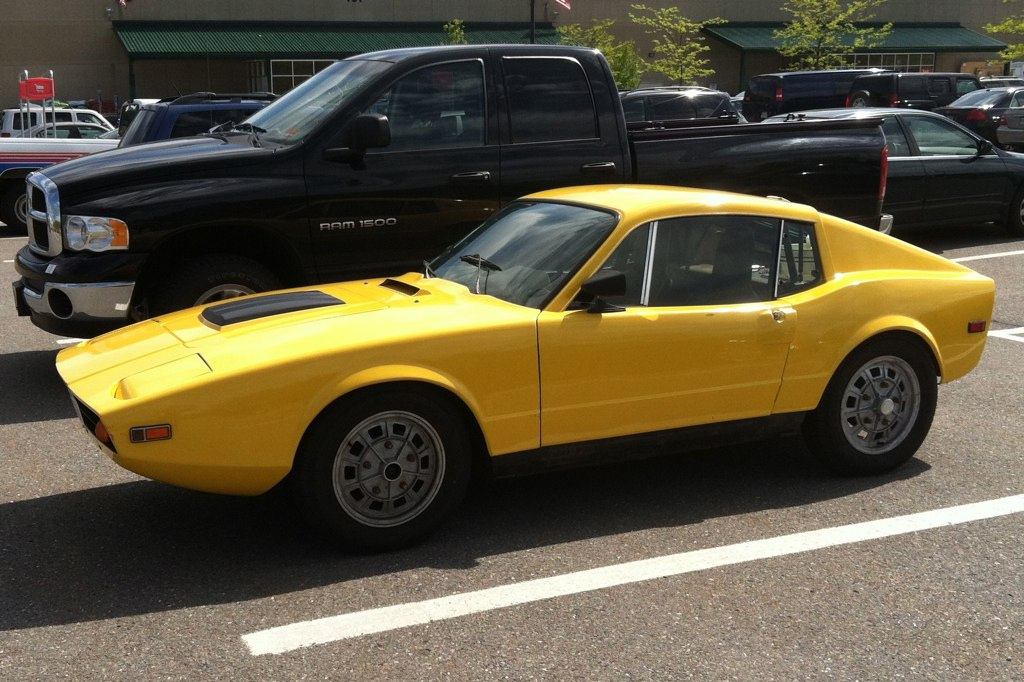 This Sonett also comes with its own domain name (http://saab-e.com/) that goes to the new owner for free – along with the standard range anxiety issues… and general anxiety associated with driving a 40 year old SAAB.  This car certainly is for a brave soul, but we think it makes tons more sense than buying a new Nissan Leaf.

See another Sonett III-E for sale? email us here: tips@dailyturismo.com